New daily record for crossings of the Channel by migrants 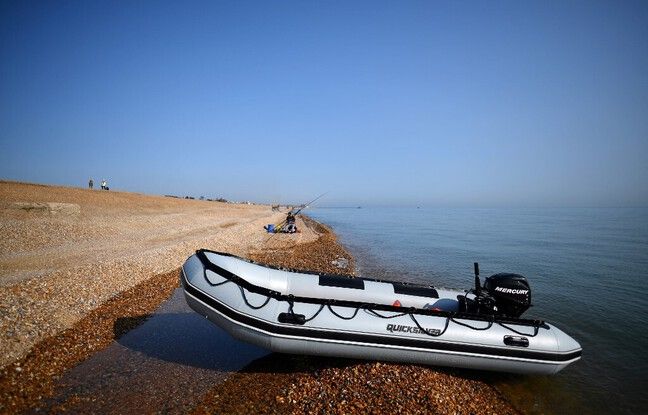 At least 430 migrants crossed the Channel on Monday to reach the UK, according to the UK Home Office, a new daily record that comes as Parliament examines plans to toughen Britain’s asylum system. The previous daily record stood at 416, reached in September 2020, according to UK news agency PA.

French Interior Minister Gérald Darmanin and his British counterpart Priti Patel spoke in the early evening by videoconference. In a joint declaration, they promise to “strengthen” their cooperation against illegal immigration.

The United Kingdom has committed to a financial investment of 62.7 million euros in 2021-2022 “to support France in its action to equip and fight against irregular immigration”, according to the document published by the French Ministry of the Interior. France promises to “strengthen the presence of the police” along its coasts.

According to the BBC, nearly 8,000 people spread over around 345 boats have reached the English coast since the start of the year, despite the British government’s promise to make this immigration route impassable and its repeated calls for France to fight more. against these crossings.

Increase in crossings in the English Channel

According to Commander Dan O’Mahoney, in charge of the “illegal threat” in the Channel, the United Kingdom is experiencing “an unacceptable increase in Channel crossings by small boats due to an increase in illegal immigration to Europe” .

“People should seek asylum in the first safe country they reach and not risk their lives making these dangerous crossings. We continue to prosecute the criminals behind these illegal crossings, ”he continued, quoted in a statement from the British Home Office.

Reform of the asylum system

The new record comes as British MPs this week examine Boris Johnson’s Home Secretary Priti Patel’s bill on asylum reform. Presented by the minister as “fair but firm” but denounced by associations for the defense of human rights, it aims to discourage illegal immigration and plans to treat asylum seekers differently depending on whether they have arrived in the country legally or illegally.

During debates in the House of Commons on Monday, former Prime Minister Theresa May, also a former Home Secretary, warned against the idea of ​​sending asylum seekers to centers outside the Kingdom – Not long enough for their request to be examined. She indicated that she had considered this option, before giving it up because of “practical problems”.

The bill plans to increase to four years, from six months currently, the prison sentence incurred by migrants seeking to enter the country illegally and bring to life imprisonment – from the current 14 years imprisonment – the maximum penalty incurred by smugglers.

Threatened with bankruptcy, real estate giant Evergrande announces payment of a small portion of its debt

How to train in digital thanks to the CPF?