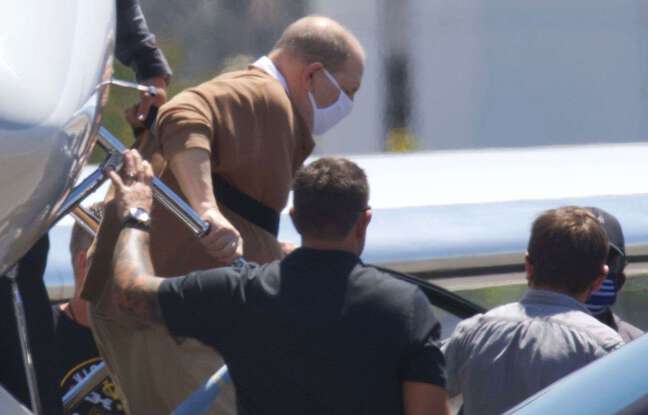 After the State of New York, it is the Californian justice which wants to attack Harvey Weinstein. Already sentenced in 2020 to 23 years in prison for several sexual assaults, the deposed producer was transferred to Los Angeles on Tuesday for a second trial. In California, he is accused of rape and sexual assault on five women and risks in theory a maximum of 140 years of imprisonment, in addition to his New York conviction.

The ex-all-powerful Hollywood producer – whose fall is seen as a major victory for the # MeToo movement – left Wende prison in upstate New York on Tuesday morning, and was handed over to ” responsible officials to be transferred to the State of California, “said a spokesman for the New York prison authorities in a statement.

The lawyers of the fallen film magnate had pleaded for weeks against this transfer, in particular for medical reasons. But New York judge Kenneth Case rejected their arguments and gave the green light on June 15. The legal procedures undertaken from Los Angeles to avoid this extradition were also unsuccessful.

“We are disappointed”, assured a spokesperson for Harvey Weinstein to AFP, while assuring that she would continue to fight so that the ex-producer “receives his medical treatments and of course, that he is treated fairly ”.

Asked by AFP, the Los Angeles prosecutor’s services did not wish to confirm or deny any details on the transfer of Harvey Weinstein. Under California law, Weinstein’s trial must begin within 120 days of this transfer, or by mid-November.

In Los Angeles, Harvey Weinstein is notably accused of having raped a female Italian model in a Beverly Hills hotel in February 2013, then of having sexually assaulted Lauren Young, an actress in the making, in the bathroom of another. hotel. He has always denied the facts, in New York and Los Angeles, claiming his accusers consented.

In early April, he formally appealed his conviction for rape and sexual assault in New York, which was imposed on him in March 2020 after a resounding trial, seen as a great victory for the #MeToo movement. In total, nearly 90 women have accused Harvey Weinstein of sexual harassment or assault.

A referee beaten and hospitalized after a general fight