A dam “can give way at any moment” 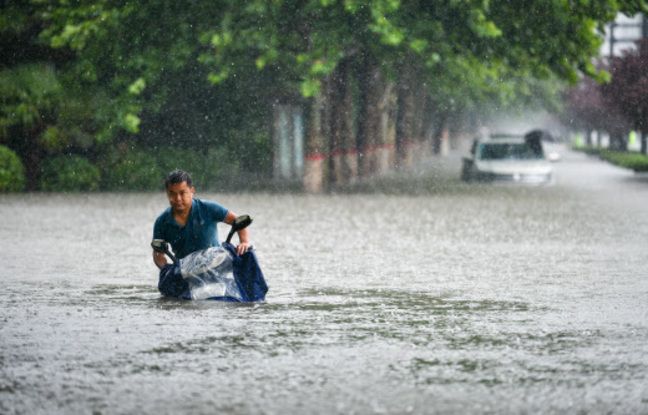 The Chinese army warned on Tuesday of the imminent risk of a dam rupture in the center of the country, subjected to torrential rains that killed at least three people.

The regional command of the People’s Liberation Army said in a statement that a 20-meter breach appeared today in the Yihetan Dam in Luoyang, a city of about 7 million people in the Henan region. “The dam can give way at any moment,” he warns. The army announced that it had sent soldiers to carry out emergency action including blasting and flood diversion.

Zhengzhou, a huge metropolis located some 700 kilometers southwest of Beijing, was placed on red alert on Tuesday. This is the highest alert level for weather in China.

National CCTV television showed city streets submerged in a huge stream of muddy water, as residents with knee-deep water pushed their vehicles through flooded arteries. Zhengzhou meteorological services cited the heaviest rainfall in a day since records began 60 years ago.

At least one dead

According to People’s daily, these bad weather caused the collapse of houses. At least one person has been killed and two others are missing. Local media also reported the deaths of two other people after a wall collapsed. No official report was immediately available.

More than 10,000 people have been preventively evacuated in recent days, local authorities in Henan said on Tuesday, which earlier in the day estimated the damage at several million euros.

Flooding occurs every summer in China due to the seasonal rains. Last year, record flooding in the southwest of the country ravaged roads and evacuated tens of thousands of residents.