The Minister of Health sacked at the height of contamination 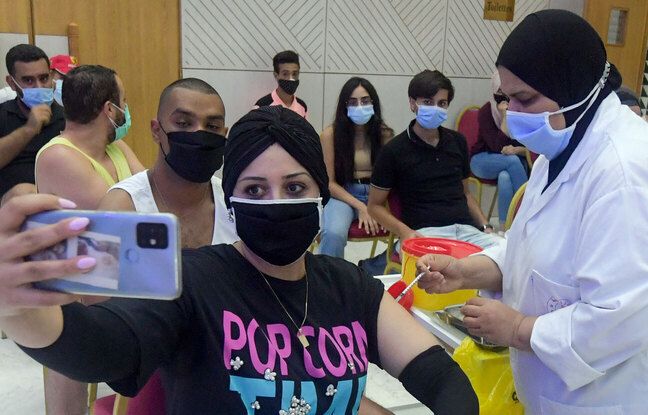 The situation continues to worsen in Tunisia. Health Minister Faouzi Mehdi was sacked Tuesday evening, at the end of the first day of an exceptional vaccination campaign open to all adults for the most important Muslim holiday, at the height of coronavirus contamination.

Tunisian head of government Hichem Mechichi has decided to dismiss Minister of Health Faouzi Mehdi, his services announced in a concise statement, without explaining the reasons for this dismissal, while the government is already weakened by tensions.

Rush to vaccination centers before Eid

Faouzi Mehdi is behind the temporary opening of vaccination to all Tunisians over 18 for two days Tuesday and Wednesday, on the occasion of the Eid al-Adha holidays, the most important of Muslim holidays. This opening led to a rush in the 29 vaccination centers concerned, causing scenes of scrambling and many disappointments in the face of the rapid exhaustion of available doses.

Faced with the success of the operation, the Ministry of Health had announced earlier in the day that it would continue it “for the next few days” before restricting access to vaccination to over 40s from this Wednesday to avoid new crushes. The Minister of Social Affairs, Mohamed Trabelsi, will become interim Minister of Health, in a government already weakened by the departure of many ministers not replaced after a reshuffle remained unfinished.

A political crisis that worsens the situation

President Kaïs Saïed, who enjoys significant popularity, refused in January to allow ministers to be sworn in, yet validated by Parliament. Result: the government has since many interim ministers cumulating several functions, including Justice, or the Interior. The president, at odds with the main parliamentary party, the Islamist-inspired movement Ennahdha, appointed Hichem Mechichi last August.

But the latter had launched this reshuffle, which concerned a dozen ministers, in coordination with Ennahdha to ensure the government the support of his parliamentary coalition. The Ministry of Health was then assigned to a doctor from Sousse (east), but Faouzi Mehdi had finally retained his portfolio thanks to this political crisis.

Since March, Tunisia has summoned its inhabitants to be vaccinated by age group. Only those over 50 and certain priority professions are currently concerned, while the country has been experiencing an unprecedented increase in cases for a few weeks with overwhelmed hospitals. Tunisia has officially registered nearly 550,000 cases of coronavirus, including 17,644 deaths.

The vaccination campaign has been sluggish for a long time, especially as vaccine stocks were very limited until recently. Some 937,000 people have been fully vaccinated, or about 8% of the population, a rate too low to curb contagion even though it is among the highest in Africa.

“It’s a race against time”

Faced with shortages of oxygen, medical personnel and resuscitation beds, the health situation in Tunisia has become catastrophic, prompting many countries to send medical aid in recent days. Tunisia, 12 million inhabitants, now has around 3.2 million doses and is expected to exceed the 5 million vaccines available by mid-August, the health ministry said.

“It’s a race against time,” said pediatrician Rafla Tej Dellagi, head of the Tunis center vaccination center. According to her, 100,000 people should be vaccinated per day against 40,000 currently to cut the chain of transmission. The vaccines should be available in pharmacies from next week for people over 40 years old.

The government has been criticized for its management of the epidemic, especially after a government meeting in an upscale hotel with swimming pool in Hammamet (east), this weekend, despite the traffic bans and while leaders of hospitals, at their end, creaked.

“What more should I have done?” “… Koeman annoyed after Barça’s draw at home against Granada

99 classes closed in application of sanitary measures at school