Emmanuel Macron was not targeted by spyware says NSO executive 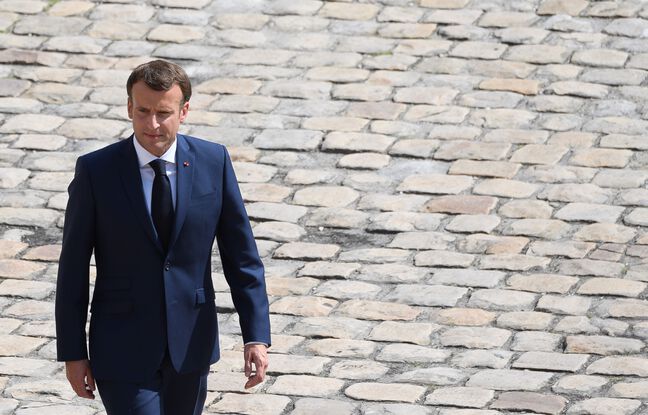 The veracity or not of this information could have a strong impact on relations between France and the countries which have used the Pegasus software. On Wednesday, Chaïm Gelfand, a senior official in the NSO group, which markets this spyware, told Tel Aviv-based I24 news channel: “I can tell you with certainty that President Macron was not a target.”

Information that contradicts the comments made the day before by Laurent Richard, director of the Forbiden Storie organization. The latter affirmed that on the contrary, numbers of President Emmanuel Macron and members of the government appeared on a list of potential targets of the Pegasus software, thus confirming information from Le Monde.

180 journalists targeted around the world

Forbidden Stories and Amnesty International have obtained a list of 50,000 phone numbers, selected by NSO clients since 2016 for potential monitoring, and shared it with a consortium of 17 media outlets who revealed its existence on Sunday. Introduced in a smartphone, Pegasus allows you to retrieve messages, photos, contacts, and to activate microphones remotely.

Like Emmanuel Macron, King Mohammed VI of Morocco and Pakistani Prime Minister Imran Khan are on Pegasus’ list of potential targets. To them are added more than 180 journalists around the world who would have been spied on by various States having had access to the software of the company NSO.

A “vicious and slanderous” campaign

“There are certain cases which have been revealed which bother us”, admitted Chaïm Gelfand. “We keep trying to figure out all the facts and it’s been several years so it takes time to go through everything. The fact that a journalist or activist has been the target of a system like this is automatically considered a hijacking, ”he said.

Shortly after, the group based in Herzliya, a verdant city north of Tel Aviv, claimed to be the victim of a “vicious and slanderous” campaign, and announced in a statement that it “would no longer answer questions. of the media ”on the Pegasus case. “NSO is a technology company. We do not operate the systems, nor have access to the data of our customers, but they are nevertheless obliged to provide us this information in the event of investigations ”, added the group saying that the fact that a name appears on the 50,000 list “does not necessarily mean that he was the target of Pegasus.”

The State of Israel implicated

The press freedom organization Reporters Without Borders (RSF) on Wednesday called on the Israeli government to immediately impose a moratorium on the sale of this spyware. Not allowing to protect computer systems, but to infiltrate them, Pegasus is considered an offensive cybersecurity product and must therefore obtain the green light from the Israeli Ministry of Defense to be sold to third countries, just like a armed.

“Software developed by Israeli firms like NSO’s Pegasus clearly implicates the State of Israel. Even if the Israeli authorities only played an indirect role, they cannot escape their responsibility, ”RSF said in a statement. “We call on (Israeli) Prime Minister Naftali Bennett to immediately impose a moratorium on exports of surveillance technology until a protective regulatory framework has been established,” said RSF Secretary General Christophe Deloire.

Which club does it most freak out its supporters for maintenance?