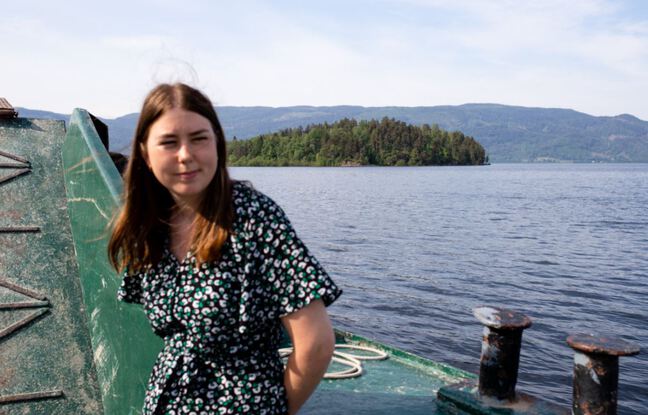 “Utoya has become one of the most important places in my life,” says Astrid Eide Hoem, survivor of the shooting that claimed the lives of 69 people on July 22, 2011. Ten years after the killing, she returned with Elin L’Estrange, another survivor, on the island of Utoya.

Located in a lake west of Oslo and owned by the Labor Party, the island has had a makeover. A memorial erected in a clearing testifies to the drama that took place there. But its wooden buildings have been renovated and young people go there regularly. A good thing for Astrid Eide Hoem. “When they come here, there are no adults who tell them that they cannot think this or that it is not possible to hope or to dream. “

As a reminder, on July 22, 2011, at 5:17 p.m., Anders Behring Breivik, a right-wing extremist, dressed in a police uniform, landed on the island of Utoya. Hundreds of young Labor gathered there for a summer camp. The 32-year-old then shot everyone he met and tracked down the others. The massacre lasted 72 long minutes. 69 people, almost all minors, were killed there.

In 2012, Anders Behring Breivik was sentenced to twenty-one years in prison, the maximum sentence in Norway. A sentence likely to be extended indefinitely, as long as it is considered a threat to society.

A dynasty of mayors as a girl