A defense council allowed “a progress report” on the ongoing investigations 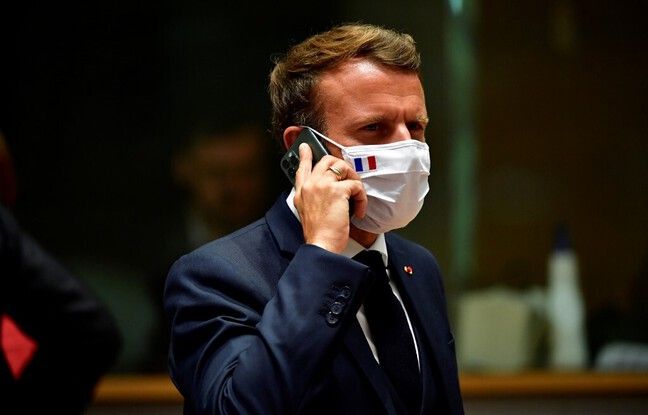 “Investigations […] are carried out. “The exceptional defense council dedicated to the Pegasus affair and the issue of cybersecurity, brought together by Emmanuel Macron on Thursday,” made it possible to have a progress report “on the ongoing investigations, according to the spokesperson for the Gabriel Attal government.

“A number of security protocols have been readjusted, particularly around the President of the Republic. In addition, the National Information Systems Security Agency has started to offer technical support to people who may have been targeted by an attack, ”he added.

As a reminder, the consortium of 17 media at the origin of the revelations on a mass spy system linked to the Pegasus software had revealed that a number of the Head of State appeared “in the list of numbers selected by a security service. security of the Moroccan State, user of the Pegasus spyware, for potential piracy ”.

“The President of the Republic is following this file as closely as possible and takes this matter very seriously”, had underlined in the morning Gabriel Attal, recalling that France was continuing its investigations after the revelations on the presence of Emmanuel Macron’s telephones among the potential targets of the spyware.

“The President’s phones are changed regularly”

A security source assured AFP on Wednesday that, for Emmanuel Macron’s mobile phones, “the security settings are as restrictive as possible and the installations of applications and downloads are blocked. “” It is a matter which, if [elle] is confirmed and proven, is very serious, ”Gabriel Attal repeated Thursday. “The phones (of the President) are changed regularly. There are a number of security settings that protect, which are changed very regularly. There are protections that are made, ”assured the spokesperson, questioned about a possible negligence at the top of the State.

He also said that it was necessary to “protect the others (people concerned), the public and economic sectors” of the country, recalling that a plan of “100 million euros” had been launched a year ago to “equip our hospitals and help our local communities ”to cope with cyber attacks.

Threatened with bankruptcy, real estate giant Evergrande announces payment of a small portion of its debt