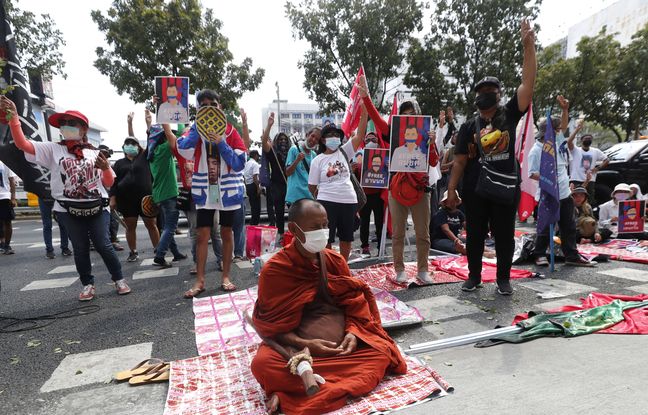 Twelve Thai students were indicted on Thursday for lese majesty and sedition after participating in a pro-democracy rally in Bangkok last year calling for reform of the monarchy, an untouchable institution in the country. “The youngest accused is 20 years old,” said the NGO Thai Lawyers for Human Rights (TLHR), adding that they were released on bail.

A thirteenth protestor, accused of the same facts, must appear in court this Friday for his indictment. They risk long years of detention, the dreaded article 112 on lèse majesté alone providing for sentences of three to fifteen years in prison for anyone found guilty of defamation against the king and his family.

Large-scale protests erupted from July 2020 in Thailand to demand a major overhaul of the monarchy and in particular the abolition of article 112, a tool to stifle any political protest according to its detractors. On October 26, 2020, at the height of the movement, thousands of protesters gathered in front of the German embassy, ​​in a sign of challenge to the king who has long stayed in Bavaria.

A statement was also read asking Berlin to open an investigation into the monarch’s activities in Germany. The German Greens condemned in a statement “the draconian crackdown on peaceful protesters, including politically motivated charges”, calling for students to be given a “fair trial”.

Since November 2020, according to TLHR, more than 100 protesters have been indicted under Article 112, which has not been used since 2018. The protesters are also calling for an overhaul of the constitution and the resignation of Prime Minister Prayut Chan-O -Cha, a general who seized power in a coup in 2014 and who was legitimized by controversial elections five years later.

The movement has weakened since the start of the year. At issue: the health restrictions put in place in the face of the coronavirus epidemic and the systematic judicial repression against the leaders of the movement. However, a rally was held on July 18 to denounce the mismanagement of the health crisis by the authorities. The kingdom is facing an unprecedented epidemic outbreak and vaccination is progressing very slowly.

Rennes: A “very worrying” result, for Bruno Genesio who does not want to “feel sorry”