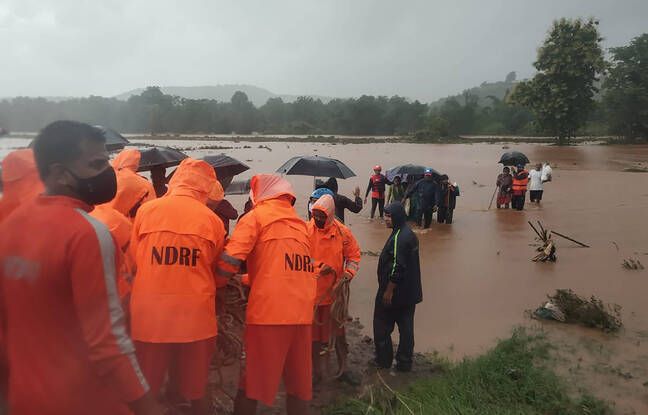 Another disaster due to flooding. After Western Europe, last week, and China earlier this week, it is India’s turn to be drowned under water, and to count its dead. At least 36 people have died in landslides caused by monsoon rains in the west of the country. A toll that is likely to increase, the missing numbering in the tens, said a local official.

Three landslides occurred Thursday in the district of Raigad, in the state of Maharashtra, whose capital is Bombay. And “at least 35 to 40 people are trapped. We are trying to help them, ”said the official.

Frequent events during the monsoon

The Navy and Air Force are joining forces to help thousands of people affected by flooding. But relief operations are complicated by the extent of the damage, including landslides that cut several roads, especially the highway between Bombay and Goa.

At least 34 people have already been killed last weekend in India, crushed by the collapse of a wall after a landslide triggered by heavy monsoon rains in Bombay (west). During this season, which runs from June to September, building collapses are common, with old, shaky structures giving way to days of uninterrupted rain.

After Merkel, “continuity in Franco-German relations” is quite probable