A cardinal tried in a sulphurous financial lawsuit 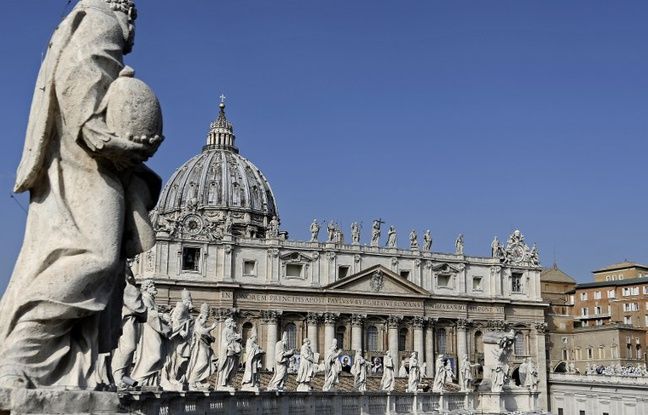 A trial, which opens on Tuesday at the Vatican over the opaque purchase of a London building by the Holy See, promises to be delicate for the image of the government of the Church, at best swindled by men of business, at worst hit by internal corruption to the top. On the dock, the fallen cardinal Angelo Becciu, a former close adviser to the pope, is expected to steal the media spotlight from this month-long trial, with the tiny Vatican criminal court having the art of spacing its hearings.

The first date scheduled for Tuesday will be technical, centered around a complex indictment of 500 pages, the result of two years of investigation. Among the ten accused, half were in the service of Pope Francis during the two-phase purchase of a 17,000 m2 building in the chic London district of Chelsea, from which the Pope now dreams of parting as soon as possible.

The acquisition of the building at an overvalued price – via highly speculative financial packages and two businessmen living in London – “generated substantial losses for the finances of the Vatican and drew even on resources intended for action. personal charity of the Holy Father ”, lamented the Holy See before the start of the trial.

The blow is harsh for Pope Francis, a fierce slayer of corruption and global financial speculation, who has accelerated internal financial reforms in recent months.

In 2013-2014, the Secretary of State borrowed 200 million dollars mainly from Credit Suisse to invest in the Luxembourg fund Athena of an Italian-Swiss businessman living in London, Raffaele Mincione. Half of the sum aims to seize part of the London building, the other to make stock market investments.

Raffaele Mincione uses Church money for “speculative operations”, such as the buyout of troubled Italian banks. The Holy See, which suffers losses and has no control over the nature of the investments, will decide four years later, at the end of 2018, to end this alliance.

A new intermediary, Gianluigi Torzi, is chosen to negotiate with Raffaele Mincione, who will obtain 40 million pounds sterling from the Holy See so that the latter becomes 100% owner. The fact remains that Torzi will then take control of the property (thanks to shares with voting rights) at the hands of the Vatican and will even go so far as to extort 15 million euros from the Secretary of State (theoretically the legitimate owner) in negotiating his departure, according to the indictment.

Magistrates identified two central figures who helped Mincione and Torzi break into the Vatican fold in return for bribes. They are Enrico Crasso, a financier of Swiss nationality, ex-Credit Suisse, who was for years a consultant to the Secretary of State, and Fabrizio Tirabassi, an official of the Secretary of State who s ‘occupied investments (and also received commissions from Swiss banks according to testimonies).

The influential prelate Angelo Becciu was still in 2014 “Deputy Secretary of State”, the equivalent of a Minister of the Interior in constant contact with Pope Francis. In particular, “interference” later in 2020 in the case is suspected. His former assistant, Father Mauro Carlino, is also in the crosshairs.

It was the once sulphurous “bank of the Pope” (IOR) which had sounded the alarm internally in the summer of 2019, pointing the finger at its own controller, the Vatican financial gendarme (AIF) supposed to track down all suspicious transactions in the Vatican.
Former Swiss president René Brülhart and former director Tommaso Di Ruzza of Italy are among the accused.

The big question will be whether the affair will also splash other personalities in the hierarchy of the Church. The Secretary of State has announced that she will become a civil party. At its head, Cardinal Pietro Parolin, right-hand man of Pope Francis, poorly informed of the details of the transaction according to the magistrates, will he nevertheless be called to the bar as a witness?

A female character – unrelated to the London purchase – will add salt to the trial: Cecilia Marogna, already adorned with the nickname of “Cardinal Becciu’s lady” by the press, even though she swears she is not his mistress. Claiming to carry out intelligence activities to free the abducted religious, she received 575,000 euros in the account of her Slovenian company on the recommendation of the cardinal.

Many tributes to Christophe Dominici during the Toulon-Stade français match