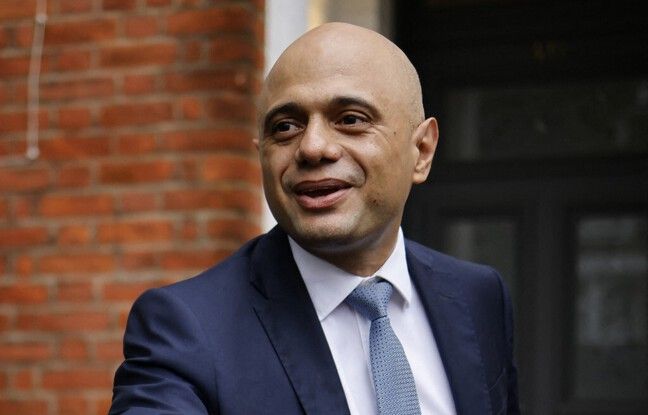 British Minister of Health Sajid Javid apologized on Sunday after suggesting that the country should not “curl up” in the face of the coronavirus, in a tweet that had sparked indignant reactions. A week after announcing that he was infected with the virus, Sajid Javid said on Twitter on Saturday that he was “completely cured”. His symptoms were “very mild, thanks to the incredible vaccines,” added the minister, who had received two doses.

“Please, if you haven’t already, get vaccinated, as we learn to live with this virus, rather than curl up” in front of him, he added. This reflection led to a host of indignant reactions, association of victims and deputies, in particular of the opposition, deeming these remarks insulting towards the most vulnerable and taking into account the sacrifices made by the British during the three successive confinements decreed in the United Kingdom, which with 129,000 dead is one of the hardest hit countries in Europe.

This Sunday, Sajid Javid deleted the contentious tweet and recognized, in a new message on the social network, an “unfortunate choice” in his terms and “sincerely” apologized. “Like many, I have lost loved ones to this terrible virus and I would never minimize its impact,” he added. Because of his coronavirus infection, Sajid Javid has been forced to self-isolate as the government lifted most of the latest restrictions since Monday in England, a controversial decision even if it is accompanied by calls for caution.

Contact case, Prime Minister Boris Johnson is currently ending a ten-day isolation period. Faced with an explosion of cases attributed to the highly contagious Delta variant, the United Kingdom has recently recorded up to 60,000 new cases daily, but seems to have experienced a decline in recent days, without it being known at this stage whether the peak of this third wave has been reached.

99 classes closed in application of sanitary measures at school

Apple could market its first foldable iPhone as early as 2024