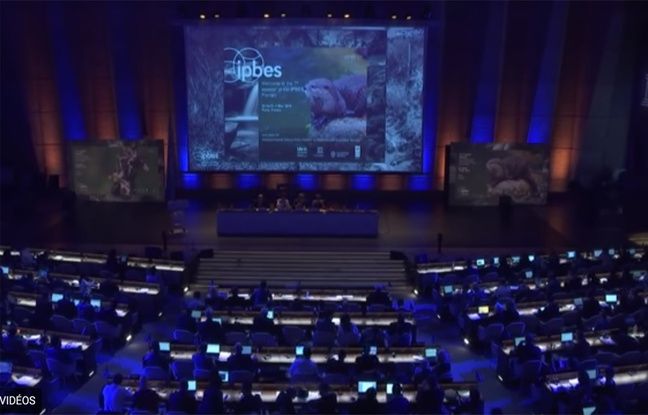 A benchmark report to reinforce the calls to act faster and stronger against climate change. While deluges and devastating fires are making headlines around the world, 195 countries will begin the adoption of new forecasts by UN climate experts on Monday.

Seven years after the last assessment, this new IPCC report falls in the midst of an avalanche of disasters that have brought the impacts of climate change back to the fore, from exceptional rainfall in China and Germany to frenzied temperatures in Canada.

But despite the shock of the images, some fear that this renewed interest will only be fleeting while actions crucial for the future of humanity are demanded from the leaders of the planet who are to meet in November for the COP26 climate conference. in Glasgow (Scotland).

“Right now everyone is talking about the climate emergency, and rightly so. But as soon as these tragedies are over, we will probably forget again and continue as before, ”worried activist Greta Thunberg on Twitter, who has taken millions of young people to the streets in recent years to demand that governments reduce drastically. and immediately greenhouse gas emissions.

The IPCC report, to be published on August 9, whose “summary for decision-makers” will be negotiated line by line behind closed doors in virtual for two weeks, must update its assessment and its climate forecasts: global temperature, rising sea levels, intensification of extreme events.

“They want bold and courageous leadership”

Two other sections are due to be published in early 2022. The one on impacts, of which AFP has obtained a preliminary version, shows how life on Earth will inevitably be transformed within thirty years, or even earlier. But it will not happen until after COP26.

“The numbers and statistics are invaluable but what the world needs now, more than anything, is climate action. People around the world demand it, ”UN climate chief Patricia Espinosa pleaded last week. “They want bold and courageous leadership that takes us away from the current path of destruction to bring us down the climate change resilient path that the Paris Agreement promised us,” she added.

By signing this agreement in 2015, almost all the countries of the planet have committed to reducing CO2 emissions to limit warming “well below” of + 2 ° C compared to the pre-industrial era, if possible. + 1.5 ° C.

While the planet has already warmed by around 1.1 ° C and each fraction of a degree more brings its share of additional extreme events, this threshold of + 1.5 ° C has since become the priority objective. many activists and political leaders. But can we do it? This is one of the questions that should be answered by the IPCC’s assessment of thousands of the most recent scientific studies.

While some doubt that the challenge can be met, others – sometimes for fear of discouraging – insist that it is not impossible. “Limiting warming to + 1.5 ° C is still physically, technically and economically possible. But not for long if we continue to act too little and too late, ”says Kaisa Kosonen of Greenpeace.

To hope not to cross this threshold, emissions should be reduced by 7.6% on average each year, between 2020 and 2030, according to the UN. And if 2020 has seen a drop of this magnitude due to the Covid-19 pandemic, a rebound is expected. And the International Energy Agency even predicts record emissions by 2023, given the low share of stimulus packages devoted to clean energy.