The head of Parliament Ghannouchi in sit-in in front of the chamber, blocked by the army 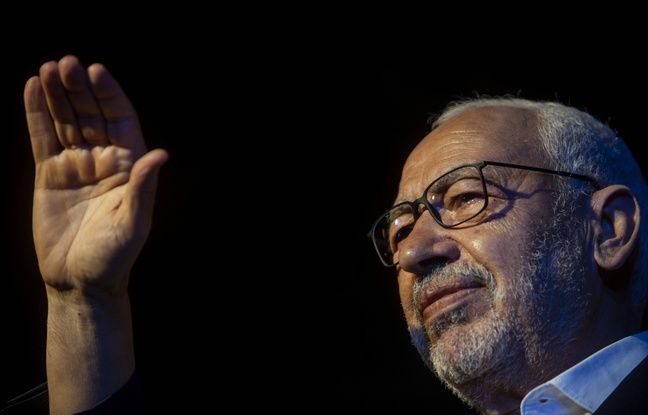 The President of the Tunisian Parliament, Rached Ghannouchi, observed a sit-in in front of the chamber on Monday morning in Tunis, after being prevented from accessing it by military forces, the day after the freezing of the work of the Assembly by President Kais Saied .

A few hundred supporters of Tunisian President Saied gathered in front of the parliament launched slogans hostile to the Islamist-inspired Ennahdha party, the main parliamentary party led by Ghannouchi. They also prevented supporters of this movement from approaching the Assembly.

The two camps exchanged throwing stones and bottles, noted an AFP photographer. Ghannouchi and members of Parliament went to Parliament at 3 a.m. (2 a.m. GMT), but they have since been stranded outside, behind closed doors guarded by the military.

Rached Ghannouchi leads his sit-in in a black car with deputies from his Ennahdha party. On Sunday evening, President Saied announced the “freezing” of the activities of Parliament for 30 days, “a decision which should have been taken months ago,” he said. He also decided to dismiss the head of government Hichem Mechichi from his post.

He himself will take charge of the executive power “with the help of a government whose president will be appointed by the head of state”, he announced after an emergency meeting in Carthage Palace with officials of the security forces. A standoff that has been going on for six months between Ghannouchi and Saied, paralyzes the government and disrupts the public authorities.