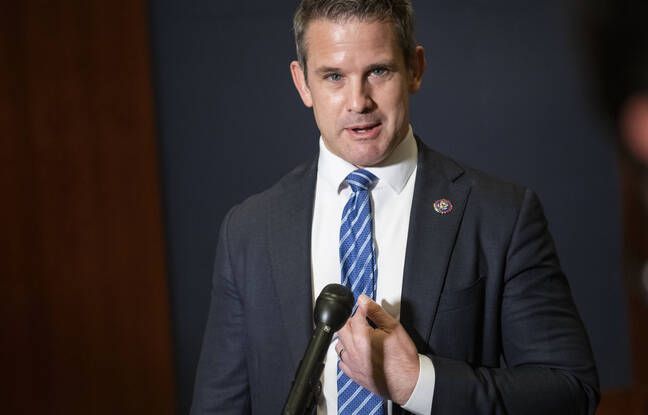 Democratic Speaker of the United States House of Representatives Nancy Pelosi on Sunday appointed a newly elected Republican critical of Donald Trump to the commission charged with investigating the deadly assault on Capitol Hill by supporters of the former -American President, last January.

Adam Kinzinger joins Liz Cheney, another member of the Grand Old Party openly opposed to the former Republican president, among the members of this committee. Their work is due to start on Tuesday.

Today, I was asked to serve on the bipartisan January 6th Select Committee and I humbly accepted. When duty calls, I will always answer. https://t.co/MszEBc0V7I pic.twitter.com/flIdSfYzZV

Pass of arms between Democrats and Republicans

Illinois elected official Adam Kinzinger said he “humbly accepted” the Speaker’s invitation, promising on Twitter to “work diligently to uncover the truth and hold those responsible for the attack to account” .
The leader of the Republican minority in the House, Kevin McCarthy, denounced for his part a “political” appointment which “destroys the credibility of the commission”.

This is a new episode in the passing of arms that has opposed Nancy Pelosi and Kevin McCarthy in recent days on the subject of the composition of this body. The Republican had initially proposed five elected officials from his party to sit on it, but the Democrat had rejected two, fierce supporters of Donald Trump who had relayed conspiracy theories concerning the January 6 attack. Kevin McCarthy then decided to withdraw the five parliamentarians en bloc, while in early July, the Democrats had already chosen for this commission the Republican Liz Cheney, fierce critic of Donald Trump.

A first blockage of an independent investigation

She and Adam Kinzinger were the only two elected members of the Conservative Party to vote in favor of the creation of this commission. “Those responsible for this attack must be held to account and this special commission will respond to this responsibility in a professional, prompt and impartial manner,” Liz Cheney said in a statement.

This commission, endowed with the power to summon witnesses and demand documents, had been approved after the Republicans blocked an independent investigation which would have been carried out by ten experts chosen in strictly equal parts by the two parties. Republicans justified their decision by saying that the parliamentary investigations already underway and the work of the police were sufficient.

Fifa wants to consult the federations on September 30