A magnitude 6.2 earthquake recorded off the Celebes 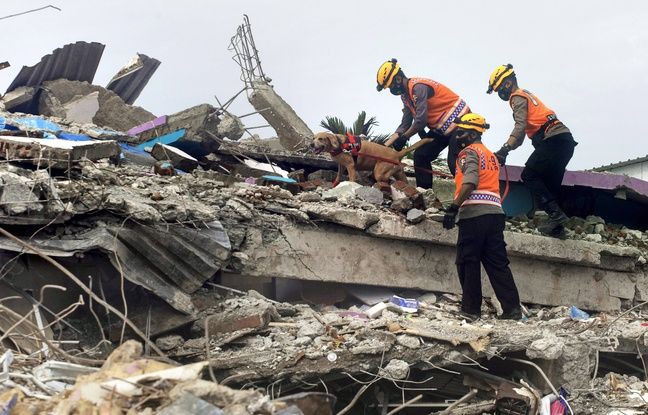 A magnitude 6.2 earthquake was recorded on Monday off the island of Celebes, Indonesia, US seismological services said, but no tsunami warning was issued. The earthquake occurred at a depth of 10 kilometers, about 100 kilometers west of the town of Luwuk, in Tomini Bay, in the northern part of Indonesia’s Big Island.

The tremors were felt in the town of Palu, in Célèbes, about 200 kilometers from the epicenter, according to an AFP journalist on the spot. The Indonesian seismological services clarified that there was no risk of a tsunami. Earthquakes or volcanic eruptions are frequent in Indonesia, located on the Pacific “ring of fire”, a volcanic arc surrounding the Pacific basin, which stretches on the Asian side from Japan to Southeast Asia.

In January, more than 100 people were killed in Celebes and thousands more lost their homes in another magnitude 6.2 earthquake. The coastal town of Mamuju, capital of West Sulawesi province, had been devastated. This earthquake caused panic among the inhabitants of the west of the island, already devastated in 2018 by a very strong earthquake followed by a tsunami that killed 4,300 people.

The Indonesian archipelago remains marked by the earthquake of December 26, 2004 with a magnitude of 9.1 off the coast of Sumatra, which caused a large tsunami and killed 220,000 people across the region, including about 170,000 for Indonesia alone. It is one of the deadliest natural disasters on record.

Why are hackers interested in this kind of data?