The death toll rises to 159 dead, dozens of people missing 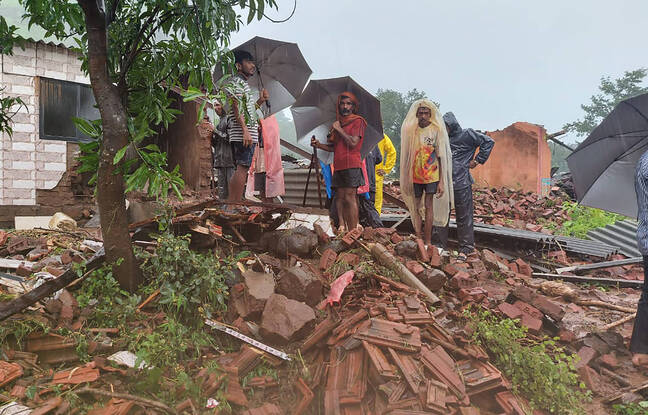 The toll of floods and landslides caused by the monsoon in India increased to 159 dead on Sunday, according to the authorities. Dozens of the missing are also still wanted.

The west coast of the country has been facing torrential rains since Thursday and Indian weather services have warned of further downpours in the coming days.

About 40 dead in a landslide

In Maharasthra state alone, 149 people were killed, including more than 40 in a landslide that struck the village of Taliye, south of Mumbai on Thursday. “Many people were washed away as they tried to flee” when the landslide occurred, said villager Jayram Mahaske. Dozens of houses were brought down in minutes, leaving only two concrete structures standing and cutting off the electricity supply. In Satara district, the same state, 28 bodies were discovered, bringing the death toll to 41.

“The rain, the floods, the water, this is nothing new for the people, but this time what happened was unimaginable, people could not even save their property due to the rapidly rising waters. Maharashtra State Head of Government Uddhav Thackeray told reporters after visiting the city of Chiplun on Sunday. There, the water level reached nearly six meters on Thursday in some areas, after 24 hours of uninterrupted rains. In total, some 230,000 people were evacuated across the state of Maharashtra.

In neighboring Goa, a woman drowned, the local government told Press Trust of India, in what Chief Minister Pramod Sawant called “the worst flooding since 1982”. Further south, in the state of Karnataka, the death toll rose from three to nine overnight, and four other people are missing, according to the authorities.

Floods and landslides are common in India during the monsoon season (June-September). However, some experts believe that under the effect of global warming and in particular of the Arabian Sea, this precipitation is increasingly intense.