New tragedy in the Mediterranean, nearly 60 dead drowned in a shipwreck 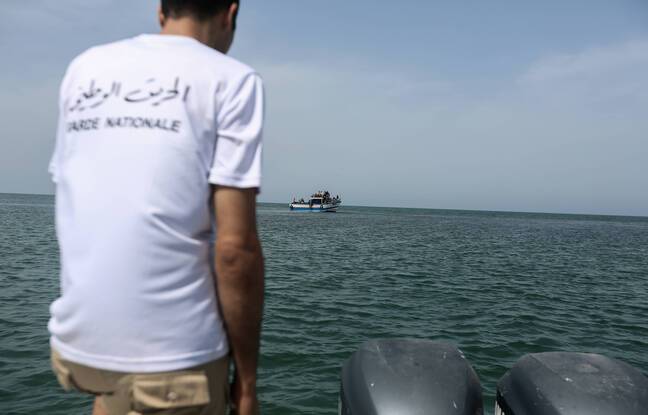 Nearly 60 migrants seeking to reach Europe, including women and children, drowned on Monday in a shipwreck off Libya, a new tragedy of illegal immigration in the Mediterranean, reported the International Organization for migration (IOM).

“At least 57 migrants drowned in a shipwreck off Khoms today,” IOM said. The city of Khoms is located 120 kilometers from the capital Tripoli on the west coast of Libya, a North African country plunged into chaos since 2011. “Survivors who spoke to our staff said 20 women and two children were among those who lost their lives, “IOM added on its Twitter account, pointing to” another migratory tragedy “on this” dangerous road “.

Nearly 900 dead since the start of the year

IOM does not specify the nationalities of the migrants, but images released by the organization show aid workers distributing water and food parcels to visibly exhausted survivors, all appearing to be from countries in sub-Saharan Africa. Despite persistent insecurity, Libya remains an important crossing point for tens of thousands of migrants each year seeking to reach Europe via the Italian coasts, some 300 km away from the Libyan sides.

The number of migrants who died at sea trying to reach Europe has more than doubled this year, IOM said in mid-July. Almost 900 people have died in the Mediterranean this year.

The Libyan Coast Guard repatriated more than 13,000 people to Libya in the first half of 2021, exceeding the total figure for 2020, according to the UN High Commissioner for Refugees (UNHCR). NGOs and UN agencies regularly denounce the return to Libya of migrants intercepted at sea and the deplorable conditions in detention centers.

Smugglers and traffickers have also benefited over the past ten years from the climate of instability that has reigned in this North African country since the 2011 revolt that led to the fall of Muammar Gaddafi’s regime.

The country of some seven million people has become the hub of human trafficking on the continent. Tens of thousands of migrants from sub-Saharan Africa in search of the European El Dorado fall prey to traffickers when they do not die trying to cross.

Increasingly, boats that left Libya are beaching in neighboring Tunisia. On Thursday, the Tunisian Navy rescued 166 migrants from several African countries, who left Libya with a boat on which 16 corpses were found.

According to the IOM, Tunisia has rescued and received since January more than a thousand migrants who left Libya, whose boats had wrecked off its coast.

US space tourists spent their first day in orbit