Algeria lifts the quarantine for travelers 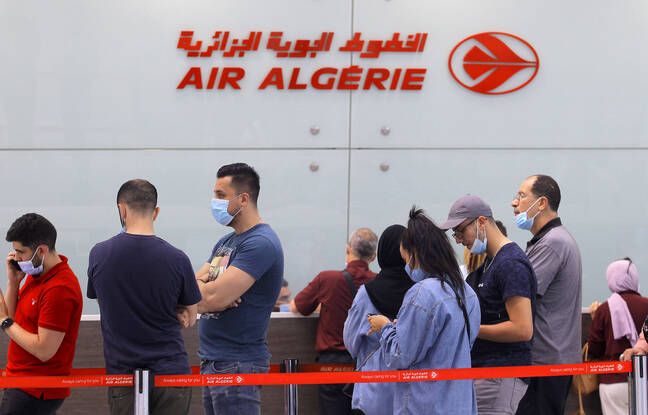 The upsurge in cases of coronavirus contamination does not for the moment prevent Algeria from continuing to lift health restrictions for those wishing to enter the country. The authorities announced Monday the lifting of the obligation for travelers to isolate themselves for five days on arrival.

In a note dated July 25 and addressed to the government, Prime Minister Aïmene Benabderrahmane specifies that “travelers must present a PCR test of less than 36 hours and undergo an antigen test on arrival”. Since June 1, travelers who wished to return to Algeria had to agree to be placed in isolation on their arrival in a hotel paid for when the tickets were purchased.

The dissatisfaction of the diaspora

But this measure had triggered the ire of Algerians living abroad. It must be said that testimonies published in the local media had reported poor reception conditions in some selected hotels.

If this decision is likely to reassure Algerians in the diaspora wishing to return to the country for the summer, it comes on the same day when a new record of infections was recorded, with 1,505 cases in 24 hours. Faced with this third wave, the authorities severely tightened measures against Covid-19 on Sunday, in particular prohibiting access to beaches, and promised to accelerate the vaccination campaign which was delayed. Air borders remain open for the time being.

Closure of part of the mosques

On Monday, the Ministry of Religious Affairs on the other hand decided to close again the mosques in the 35 prefectures (out of 58) most affected, including Algiers, Oran, Constantine and Sétif. The religious buildings were reopened in February after more than a year of closure.

Algeria, the most populous country in the Maghreb with its 44 million inhabitants, has officially recorded 163,660 cases, including 4,087 deaths. But these figures, that of deaths in particular, do not reflect reality, according to testimonies of certain health professionals reported by the media. The Pasteur Institute of Algeria announced Sunday on its Facebook page that “July 15, the Delta variant had supplanted all the other variants circulating until then, representing 71% of viruses in circulation”. The Institute predicts “a rate higher than 90% in the coming weeks”.

On the verge of bankruptcy, real estate giant Evergrande is reassuring

In the event of a dispute, notaries also act as mediators