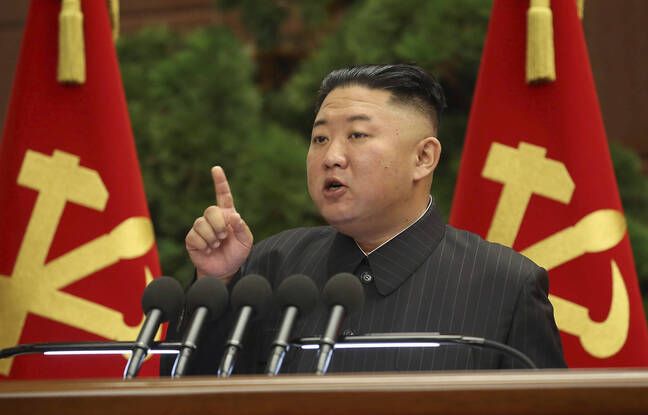 A first diplomatic rapprochement. Inter-Korean relations come unexpectedly to warm up, with the re-establishment on Tuesday of communication channels between Pyongyang and Seoul more than a year after their suspension, as well as exchanges of letters between their leaders.

This decision, which was simultaneously announced by the two capitals, coincides with the anniversary of the end of the Korean War (1950-1953). This is the first positive announcement since the series of summits in 2018 between South Korean President Moon Jae-in and North Korean leader Kim Jong Un, which did not allow for any significant diplomatic breakthrough.

Still in a state of war

The two camps, which are still technically at war, announced that the two men had exchanged letters since April and decided that the restoration of communication channels would be a productive first step towards resuming relations.

“The highest leaders of the North and the South have agreed to take a big step towards restoring mutual trust and promoting reconciliation by restoring the inter-Korean lines of communication which have been suspended,” the agency reports. North Korean official KCNA.

North Korea unilaterally cut off all official channels of military and political communication in June 2020 after denouncing the sending of anti-Pyongyang propaganda leaflets to its territory by militants based in the South.

This suspension came at a time when inter-Korean discussions were at a standstill, two years after the three summits that brought together North Korean leader Kim Jong Un and South Korean President Moon Jae-in in 2018.

But against all odds, the two camps announced that all communications had been restored Tuesday morning. They exchanged a first phone call in the morning, the South Korean Unification Ministry said. And Mr. Moon’s office saw it as a first step in improving relationships. “The two leaders decided to restore mutual trust between the two Koreas as soon as possible and move forward in the relationship again,” he said.

Moon was one of the main architects of the 2018 inter-Korean rapprochement, which took place against the backdrop of the Pyeongchang Olympics. It had led to the first summit in history between a North Korean leader and a sitting US president, in this case Donald Trump. This first meeting took place in June 2018 in Singapore and was followed by two other interviews between MM. Kim and Trump.

Since US President Joe Biden took office in January, Pyongyang and Washington have adopted a very cautious attitude, poles apart from the diplomacy of the Trump years, which oscillated between the exchange of insults and hugs in front of the media around the world.

In June, Mr. Kim had estimated that Pyongyang should both prepare “for dialogue and confrontation” with Washington, with particular emphasis on the possibility of “confrontation.”

The White House had promised for its part “a calibrated, practical, open to diplomacy” approach with North Korea, pleading for a “realistic” approach through diplomatic channels, in close consultation with South Korea and Japan.

US Special Representative to North Korea Sung Kim proposed in June to meet with envoys from Pyongyang “anywhere, anytime, no preconditions.” Experts said Tuesday that the restoration of communications was a form of response by Mr. Kim to the US proposal for dialogue.

Ex-producer accused of rape continues to plead not guilty