The death toll rises to 41 dead and two people missing 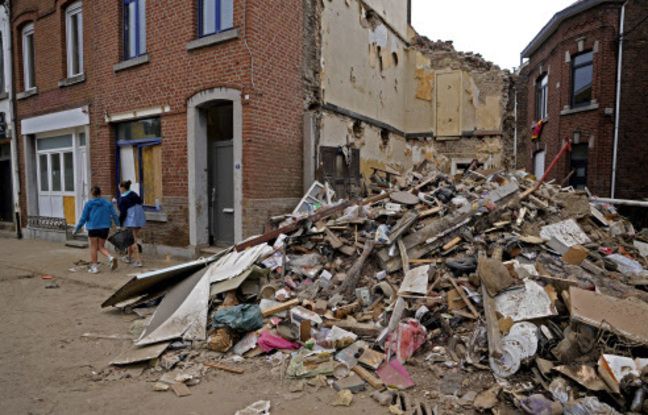 The time is still mourning in Belgium. The historic floods that have hit the country have killed 41 people, according to a latest assessment revised upwards, said Tuesday the head of government of Wallonia, a French-speaking region in the south which suffered most of the disaster.

Creation of a reconstruction commission

Elio Di Rupo announced on Tuesday the creation of a special reconstruction commission, during a press conference with several political leaders. This body will be responsible for coordinating emergency measures and preparing a reconstruction plan.

The Walloon government had already promised an envelope of 2 billion euros for this task which promises to be immense. “This sum will probably be insufficient”, warned Jean-Luc Crucke, Walloon Minister of Finance and Budget.

Roads and railroads destroyed, houses demolished, electricity network damaged: the exceptional floods of many rivers have caused damage that has not yet been quantified. Out of the 262 municipalities of Wallonia, 202 will be admitted to the Disaster Fund, “this gives you the scale of the tragedy we are experiencing,” said Mr. Di Rupo.

The assessment of the damage by insurance companies is still ongoing, and should last “several days, even a few weeks,” he said. “It’s going to be a long-term effort. Rebuilding everything that has been destroyed (…) will take time, ”underlined Belgian Prime Minister Alexander De Croo, who pledged help from the federal government during the press conference.

Among the challenges cited on Tuesday by Walloon officials: rehousing with aid to municipalities, businesses and people affected, but also decontamination and treatment of waste carried by rivers or removed from homes after the floods. The authorities have planned rat control operations.

Wallonia estimates that it will have to treat some 42,000 tonnes of soil polluted mainly by hydrocarbons. More than 11,700 km of watercourses will have to be “checked or cleaned up”. In two days, the disaster generated the equivalent of three quarters of the region’s annual household waste. This has identified 27 potential sites for their temporary storage, in order to clean up congested roads and sidewalks.

The health pass is no longer compulsory in shopping centers