Israel, Hamas accused of “suspected war crimes” in May 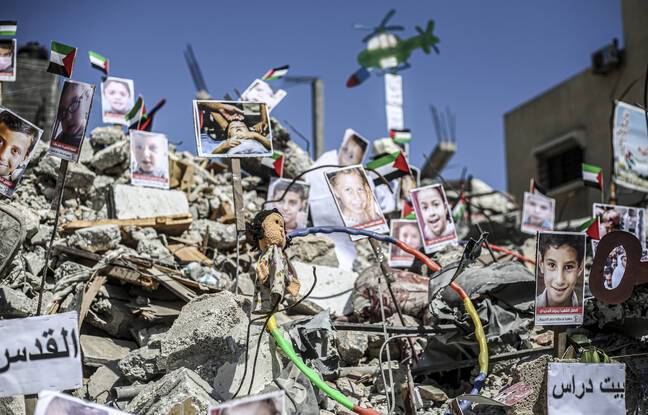 The organization Human Rights Watch (HRW) on Tuesday accused Israel and the Palestinian armed movement Hamas of “alleged war crimes” during the conflict between them in May.

HRW investigated three Israeli army airstrikes: May 10 in Beit Hanoun, May 15 in al-Shati camp, and May 16 on al-Wahda Street in central Gaza City. They had caused the death of 62 “Palestinian civilians”, according to the NGO.

From May 10 to 21, the ruling Hamas in Gaza and the Israeli army fought an 11-day war that killed 260 Palestinians, including children and fighters, and 13 people in Israel, including a soldier, a child. and a teenage girl.

“The IDF claimed it had targeted tunnels and an underground command center used by armed groups, but offered no details to substantiate this claim,” said HRW, whose international researchers saw each other. Israel “denies” access to the Gaza Strip, a Palestinian enclave of two million inhabitants under Israeli blockade since 2007.

Palestinian armed groups, primarily Hamas which controls the Gaza Strip, fired more than 4,300 rockets and mortars at Israel according to IDF data, “also carried out illegal attacks,” added HRW, who added. said to be working on “a separate report” on these strikes.

In a statement, the IDF lamented that HRW “chooses to recycle previously refuted allegations instead of condemning violations of international law by Hamas and other terrorist organizations, which conduct military operations from areas of homes, mosques, schools and hospitals ”.

The Israeli Foreign Ministry called HRW researchers “propagandists masquerading as human rights defenders (who) do not deserve to be taken seriously,” adding that the NGO “is known for its anti-human rights agenda. -Israelian ”.

For its part, Hamas assured in a statement that “the Palestinian resistance has tried to avoid targeting civilians despite the massacres committed by the Israeli occupation”.

HRW on Tuesday called on the International Criminal Court (ICC) to “launch an investigation” into these “alleged war crimes”, saying “Israel and the Palestinian authorities have shown very little eagerness to deal with the abuses committed by their forces ”.

The ICC announced earlier this year that it had opened an investigation into alleged crimes committed in the Palestinian Territories since 2014, an initiative rejected by Israel but welcomed by the Palestinians.

On Tuesday, HRW thus pleaded for the last war in Gaza, the fourth since the end of 2008, to also be part of this investigation, as well as the “crimes of apartheid”. In April, HRW called Israel’s policy towards Arab Israelis on its soil and Palestinians in the Occupied Territories “apartheid”, statements which had provoked the ire of the Jewish state.

It may soon be possible to download videos from the web