The infrastructure compromise on track to be adopted 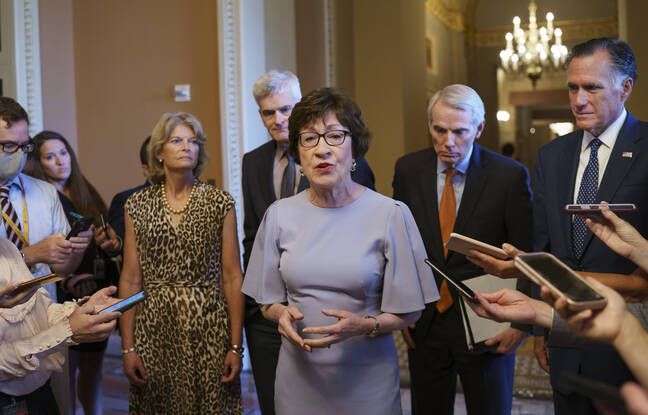 It was one of Joe Biden’s promises: to prove to Americans that in a time of divisions and political cleavages, it was still possible to negotiate a compromise between Democrats and Republicans. And after weeks of negotiations, the infrastructure spending plan took a decisive step on Wednesday with a milestone agreement on $ 1,000 billion in investment. In the process, 17 Republicans voted with the Democrats to open the debate in the Senate. And if an adoption, which will require a simple majority vote in the House and the support of 10 Republican senators in the Senate without angering the left wing of the Democratic Party is not guaranteed, the elected officials displayed their optimism on Wednesday evening.

It is an investment program “as we only see once in a generation” which has found the agreement of both the Democratic senators and a handful of elected representatives of the Republican opposition, announced the White House.

This grand plan provides for $ 550 billion in new federal money and reaches $ 1.2 trillion – the equivalent of Spain’s 2020 Gross Domestic Product – if one takes into account the reorientation of other existing public funding.

This pharaonic amount must “create well-paid and unionized jobs, respond to the climate crisis, make the (American) economy more sustainable and fairer for decades to come,” according to a statement from the White House. The administration announces “historic” investments in public transport, roads, bridges, drinking water, high-speed internet.

According to Politico, this compromise found between Democrats and Republicans is not only making people happy: Donald Trump has activated behind the scenes to pressure conservative senators to vote no. And do not offer a success to Joe Biden when he failed for four years on this file.