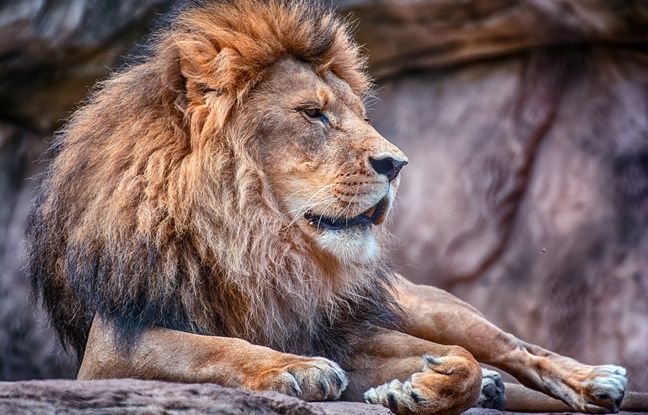 A lion sowed panic on Wednesday in a residential area of ​​Nairobi, in the middle of the morning rush hour, after escaping from the national park of the Kenyan capital. The young male was seen by panicked residents in a ditch in Ongata Rongai, a residential area in the south of the city, which borders the park.

The Kenyan Wildlife Service (KWS), a state-owned wildlife management body, responded to the scene, where a crowd gathered to observe the animal. “The lion was able to be hit by an arrow, immobilized and safely transferred to veterinary facilities to observe and put on a collar before he was released into the park,” KWS said in a statement.

The park “is not well secured”

“The panic that this lion caused was enormous, the children were late for school, as were the people for their work,” responded Roselyn Wangare, a student. Jackson Mwangi, a resident of Ongata Rongai, said KWS needs to improve security around the park.

“In the end, it is about our safety, the park is not well secured and that is why the animals escape”, he noted. The park is partially surrounded by electric fences but not completely, which allows for the traditional migration of animals in search of pasture.

It is only seven kilometers from central Nairobi and it is not the first time that animals have roamed the city of more than four million people. In December 2019, a lion killed a man after escaping, while in March 2016 an animal was shot dead after slipping out of the park and attacking and injuring a person.

In February 2016, two lions wandered for a day in Kibera, a densely populated slum nearby, before returning to the park. Besides lions, endangered species like leopards, rhinos and buffaloes live in the park, against the backdrop of skyscrapers.

Big cats come under increasing pressure as Nairobi, one of Africa’s fastest growing cities, sprawls into former migration and hunting areas. Defenders of nature believe that the lions lived in this area before the inhabitants and therefore do not “escape” from the park and do not “get lost” in the city: it is men who invade their habitat.