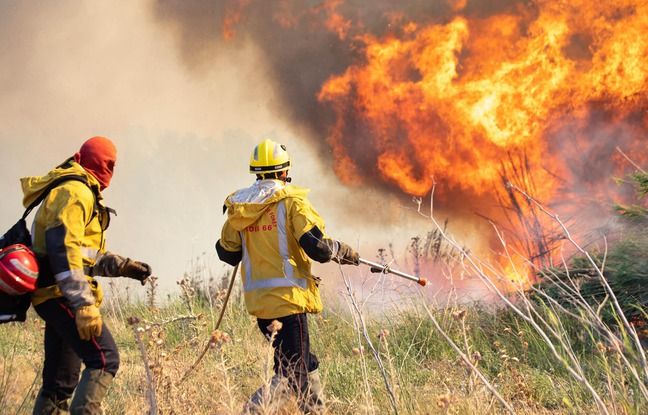 A forest fire that broke out on Wednesday reached populated areas near a tourist spot in southern Turkey, injuring dozens and causing the evacuation of four neighborhoods, Turkish media reported.

🔥 Impressive images of a water bomber plane intervening directly above the city center of #Manavgat near’#Antalya in #Turkey yesterday July 28. It is 38 to 40 ° C daily. #fire (via @TheInsiderPaper) pic.twitter.com/IpUAX8IXLo

The fire that started in a forest in Manavgat, Antalya province, quickly reached inhabited areas due to high winds, ravaging homes in Kalemler district. 62 people, mostly residents affected by the smoke and three suffering from burns, were hospitalized.

“All the necessary support will be given to our citizens who suffered from the fire,” said Turkish President Recep Tayyip Erdogan, who has promised a thorough investigation. Faced with the progression of the fire, which could be “partially” controlled in the evening, the authorities evacuated four neighborhoods in the town of Manavgat. Hundreds of forest workers, aided by helicopters and a plane, try to bring the blaze under control.

The NTV news channel broadcast images of around 20 empty and charred houses, some of which continued to burn. Tourist sites are however not threatened, assured Muhittin Bocek, the mayor of the city of Antalya (on which Manavgat depends administratively and located 66 km away), quoted by the state press agency Anadolu.

“Thank goodness we have no loss of life. The start of the fire from four different points is reminiscent of arson. But we do not have clear information at the moment on this subject, ”added Mr. Bocek.

FC Metz – PSG: When will Paris behave like a great team and roll over its opponents?