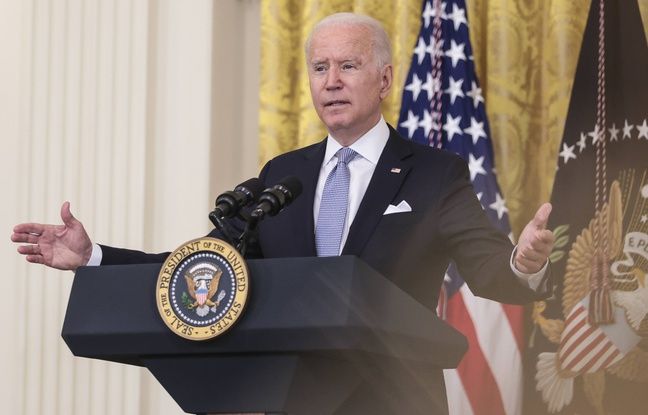 Now is the time for the stick. Without going so far as to force federal employees to be vaccinated, the Biden administration unveiled a series of measures to strongly encourage them to do so. Those who refuse to be vaccinated will have to wear a mask and get tested once or twice a week, the White House said Thursday.

Unvaccinated federal employees will therefore be required to wear the mask continuously, even in areas where Covid-19 circulation is low, and to submit to regular tests. They will also be limited in their movements, according to this press release, released shortly before a speech by the American president.

Reflection in progress for an obligation among the military

Without going as far as the pure and simple vaccination obligation, it is however a change of course for the Biden administration which until now refused to associate any idea of ​​constraint with vaccination, insisting more on the responsibility. individual and messages of encouragement.

The federal state employs 4 million people, including 2 million civilians. Regarding the military, the US president asks the military to think about “how and when” to add the vaccine against Covid-19 to the list of compulsory vaccines for the military.

Joe Biden also calls on local authorities to pay $ 100 to anyone being vaccinated, drawing for this from the emergency funds released to deal with the pandemic. The United States is trying to relaunch a vaccination campaign which, after a booming start, is tending to settle down, even though the very rapid spread of the Delta variant worries the health authorities.