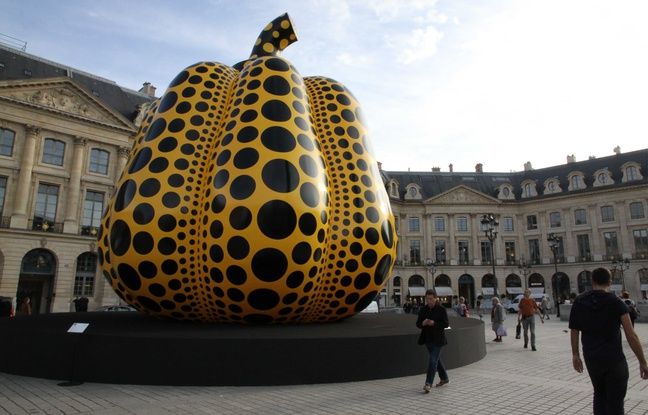 A British court on Thursday sentenced to three and a half years in prison a German woman who had taken advantage of the reputation of her husband’s family in the art world to fraudulently sell a work and finance a luxurious lifestyle. Angela Gulbenkian, 40, was found guilty on Friday of two thefts, for a total exceeding one million pounds (1.18 million euros).

Angela Gulbenkian, 39, was trying to keep up her ‘lavish’ lifestyle after her wealthy father-in-law cut her off from the family’s oil money.https://t.co/fksyGVj82w

In May 2017, she had fraudulently sold for 982,000 pounds (1.2 million euros) a work by Japanese artist Yayoi Kusama – a huge spotted yellow pumpkin -, which she did not own, to the Hong Kong company Art Incorporated. Limited (AIL). She had also convinced one of her friends living in London, Jacqui Ball, to entrust her in 2018 with her 50,000 pounds (58,700 euros) of savings to place them in the art market, without ever doing so, never giving her back her money only after the theft was reported to the police.

“A tissue of lies”

The accused, married to sports agent Duarte Gulbenkian – a member of an important artistic family – used her name to convince her victims that she was an art broker, so that they entrusted her with their savings. “Angela Gulbenkian used her status and her powerful connections in the art world to give an air of legitimacy to her criminal activities,” prosecutor Laura Hoon said during the trial, denouncing “a tissue of lies (served) during months “.

The art consultant Mathieu Ticolat, who belongs to AIL, described to the court “the hell” that she made him live. “This industry is built on trust and I believed it because it said it was part of the Gulbenkian family,” said the “deceived” investor who “still struggles to recover” financially.

She has already served the equivalent of two years

The defendant pleaded guilty to both counts, explaining to Southwark Crown Court in London that she squandered her booty to finance her luxurious lifestyle, which was drastically reduced when her husband fell out with his family. She then explained that she had spent 121,000 pounds (142,000 euros) on travel, 56,000 pounds (65,800 euros) on works of art and other sums on luxury items and jet rentals.

Judge David Tomlinson sentenced her this Thursday to three and a half years in prison. Angela Gulbenkian has already served the equivalent of two years, after being arrested in Lisbon and remanded in custody in Bronzefield prison (west London) in December 2020.