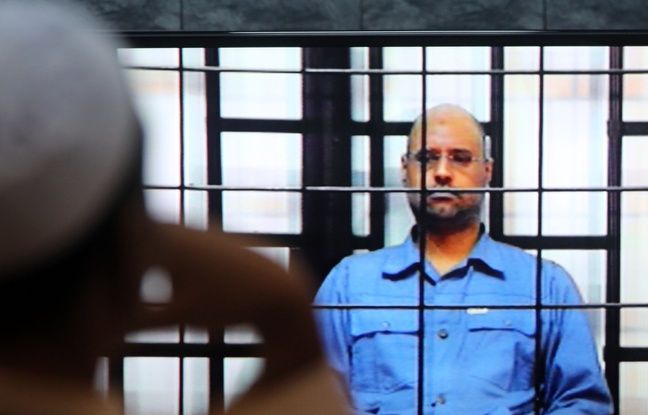 Another Gaddafi to rule Libya? Seif al-Islam Gaddafi, son of the former Libyan dictator Muammar Gaddafi, wants to “restore the lost unity” of Libya after a decade of chaos and evokes a presidential candidacy, in a rare interview with the New York Times.

Libyan politicians “brought nothing but misery. It is time to return to the past. The country is on its knees (…), there is no money, no security. There is no life here, ”said Seif al-Islam, 49, reappeared for the first time in years.

Until the Libyan uprising began in 2011, Seif was widely seen in the West as Libya’s best hope for reform. He had studied in London and spoke of democracy and human rights. But when the revolution came, he joined the Qaddafi regime’s brutal crackdown. https://t.co/5Vo339pt1q pic.twitter.com/87dvpZy4AX

A “free man” who organizes his return to politics

In 2011, after four decades of unchallenged power, Muammar Gaddafi and his relatives fell victim to a popular uprising, eliminated, imprisoned or forced into exile. Three of Gaddafi’s sons were killed, but the fate of the fourth, Seif al-Islam, who long served as his father’s successor, has remained a mystery.

Captured in November 2011 by an armed group in Zenten, north-western Libya, he was sentenced to death in 2015 after a speedy trial. The group detaining him nevertheless refused to hand him over to the authorities or to the International Criminal Court (ICC), which is looking for him for “crimes against humanity”, but released him in 2017. Seif al-Islam claims today that he is now a “free man” and that he is organizing a political return, without indicating precisely how, he told the New York Times.

A provisional government put in place in March

After a decade of struggle for power against a backdrop of foreign interference, Libya adopted a provisional government in March to unify the institutions by a double legislative and presidential ballot scheduled for December.

A possible candidacy of Seif al-Islam would face a major problem: his conviction by a Libyan court and the arrest warrant of the ICC. He is “convinced that these legal questions could be negotiated if a majority of the Libyan people chose him as their leader”, writes the New York Times, who concludes: “Seif seems to believe that he alone can represent the state for all Libyans”.