Outbreaks of the epidemic reported in two new regions 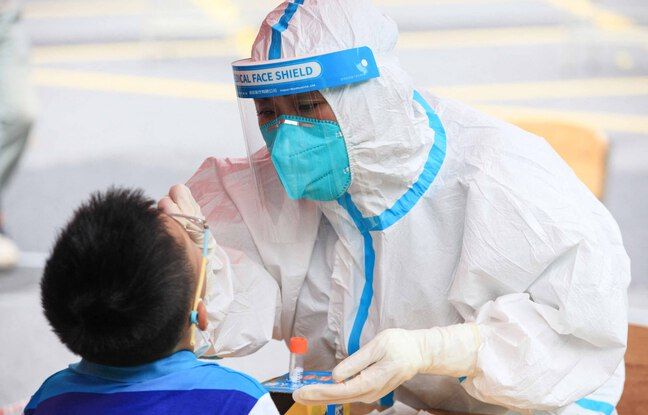 The epidemic continues to gain ground after months of lull. Two new Chinese territories, including a city of 31 million inhabitants, have outbreaks of Covid-19, health authorities announced on Saturday. Cases have been reported in Fujian province and Chongqing municipality, according to the National Health Commission, in addition to the four provinces and the capital, Beijing, where Delta variant infections had previously been reported.

More than 50 new cases have been recorded in the country, for a total of more than 200 since the start of the epidemic recovery linked to a focus of contamination in the eastern province of Jiangsu, where nine employees of the Nanjing airport were tested positive on July 20. The Nanjing authorities ordered all tourist attractions and cultural venues not to open on Saturday, due to increased national transmissions.

Hundreds of thousands of people are now confined in Jiangsu province, of which Nanjing is the capital, while the city has subjected its 9.2 million inhabitants to two screenings. The tourist town of Zhangjiajie in Hunan province, where a handful of positive people attended a theatrical performance, confined its 1.5 million residents and closed all tourist attractions on Friday, according to an official statement. Famous for its impressive rock formations, the city is where part of the blockbuster Avatar was filmed.

In the suburbs of Beijing, in the Changping district where two patients were discovered, 41,000 people were placed in confinement on Thursday. These are the first local cases recorded in the capital, which has more than 20 million inhabitants, for six months.

If the coronavirus was detected for the first time in Wuhan (center) at the end of 2019, China has since largely controlled the epidemic thanks to containments, mobile applications for tracking movements or mandatory quarantines on arrival on the site. territory.

Life has been almost normal since the spring of 2020, and the country has only reported two deaths from Covid-19 since April last year.

Share
Facebook
Twitter
Pinterest
WhatsApp
Previous article“Say the election was corrupt and I’ll take care of the rest,” Donald Trump told his justice minister
Next articleThe mask for the employees of Walmart, the vaccine for those of Disney

Euro 2022 endowments doubled, but still light years away from men