Martine Moïse, widow of the assassinated president, recounts the attack and criticizes security 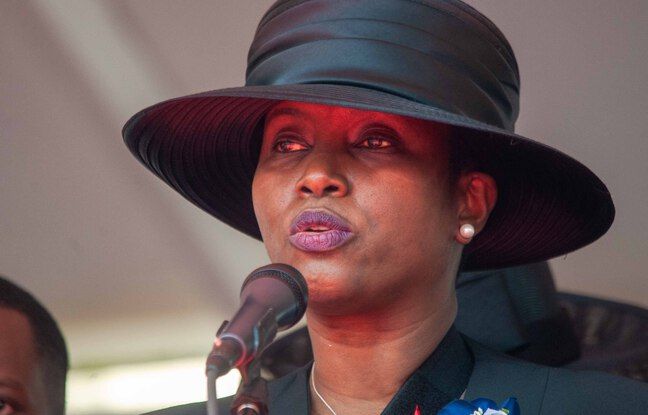 “The only thing I saw before they killed him were their boots.” Martine Moïse, the widow of Haitian President Jovenel Moïse, assassinated by an armed commando in early July, described the attack in an interview with the New York Times published this Friday. Wounded in the arm, she had to be evacuated by plane to Florida for treatment.

Woken up that night of July 7 by gunshots, the First Lady of Haiti explains that she hid their two children in a bathroom, before lying down on the floor herself, on the advice of her husband. “I think that’s where you’ll be safe,” he told her then, his last words. First hit by a gust, she said she was lying down. “At that point, I felt like I was choking on the blood in my mouth, and I couldn’t breathe,” she describes. The members of the commando then search the room, she tells the New York Times. She overhears them speaking in Spanish with each other and with someone on the phone. “They were looking for something in the room and they found it,” she says.

“Only the oligarchs and the system could kill him”

In the American daily, the widow Moïse confides her suspicions. “I don’t understand how no one was hit by bullets,” she says of the security forces supposed to protect her husband. After the first shots, he had nevertheless called those responsible for his safety, she said. “I had Dimitri Hérard, I had Jean Laguel Civil,” he told her after hanging up. “And they told me they were coming. The two men, respectively in charge of the General Security Unit of the National Palace (USGPN) and the president’s security coordinator, have since been arrested in connection with the investigation.

For Martine Moïse, the people cited for the moment in this investigation are only executors. “Only the oligarchs and the system could kill him,” she says. At New York Times, it delivers a name: that of an influential businessman, recently entered politics, Réginald Boulos. Refraining from accusing him of having ordered the assassination, she believes that he had something to gain from it, explains the newspaper. Contacted by the American daily, Réginald Boulos opposed vehement denials and indicated support for an independent international investigation.

Haitian police have so far arrested around 20 Colombian mercenaries and claim to have uncovered a plot organized by a group of Haitians with foreign links, but many gray areas remain.