The ship rescues 196 migrants in the Mediterranean 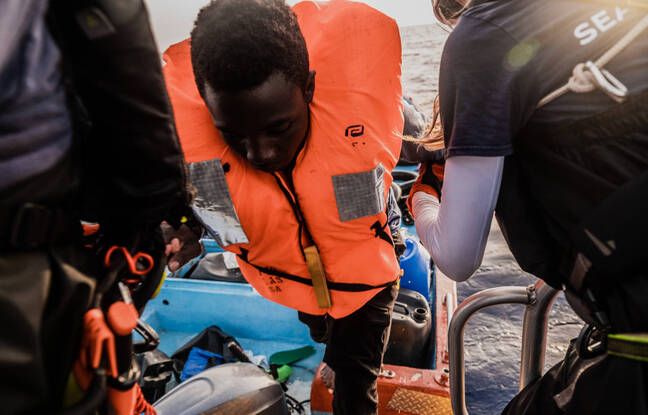 The “Ocean Viking”, the rescue ship at sea of ​​the European NGO SOS Méditerranée, picked up this Saturday 196 migrants who were on “boats in distress” off Libya. Saturday morning, the “Ocean Viking” first rescued 57 people aboard a “inflatable boat in distress” which was sailing in international waters off Libya, SOS Mediterranean said.

Then in the afternoon, the crew carried out two more rescues in the same area: around noon, 54 people in an inflatable boat, including women, were brought to safety. “Some of the survivors suffered from fuel burns,” adds the NGO.

At least two pregnant women are among the survivors

A little later, 64 other people were rescued from a wooden boat. A fourth rescue then took place, after an alert from the Sea Watch NGO Seabird plane. Twenty-one people, including seven women and three young minors who were in a wooden boat, were rescued, bringing the number of survivors on board the rescue vessel to 196. At least two pregnant women are among them.

According to the International Organization for Migration (IOM), at least 1,146 people died at sea in the first half of 2021 while trying to reach Europe. SOS Méditerranée claims to have rescued more than 30,000 people since February 2016, first with the Aquarius, then the “Ocean Viking”.

Former president buried with fewer honors than his predecessors

Fifa wants to consult the federations on September 30