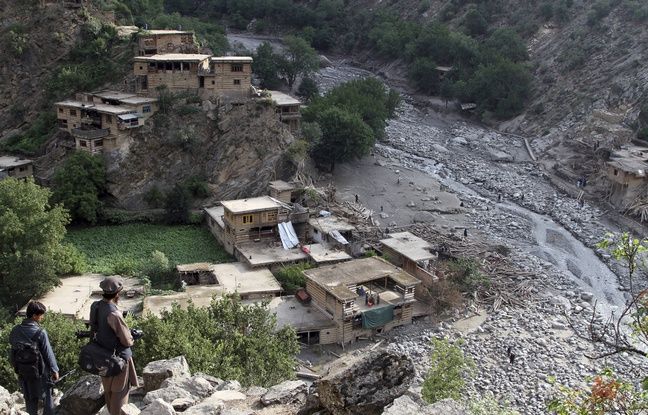 As the government struggles to contain an all-out Taliban offensive, Afghanistan also faces a natural disaster. At least 113 people perished in a flash flood that occurred overnight from Wednesday to Thursday in the province of Nouristan, in the northeast of the country, according to a new report released on Sunday.

According to Tamim Azimi, spokesperson for the Afghan Ministry of Disaster Management, “110 people remain missing, 173 houses have been totally destroyed, as well as ten businesses and six bridges” due to torrential rains in Kamdesh district, about 200 km northeast of Kabul. This district, bordering Pakistan, is a mountainous area and difficult to access.

“The area is under the control of the Taliban (…) but we were able to send relief teams with those of the Afghan Red Crescent,” said Tamim Azimi, adding that the search for the missing continued. Saeed Momand, spokesperson for the governor of the province, also confirmed the death toll of 113, adding that the exact number of missing was unknown at this time. He said 11 km of roads had been destroyed.

Disasters of this kind are not uncommon in the country and claim many lives every year, especially in poor rural areas, where houses are often fragile and built in risky areas. In August 2020, a flood killed around 100 people in the city of Charikar. Rescue and aid delivery operations after natural disasters, especially in isolated areas, are often hampered by the lack of equipment and infrastructure in this country impoverished by 40 years of war.

With her happening at the César, Corinne Masiero wanted to pay tribute to Adèle Haenel