Millions of Americans threatened with deportation, in the midst of the Delta variant outbreak 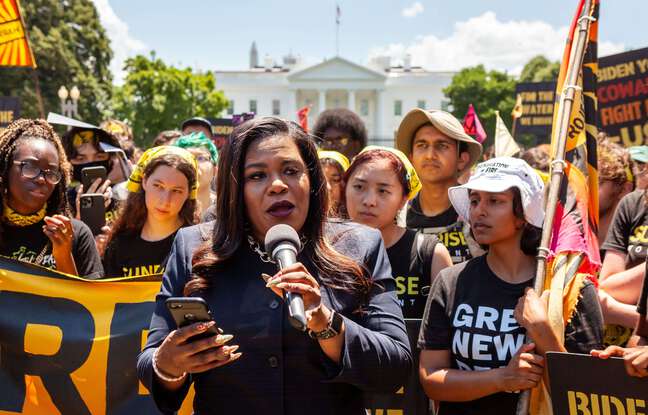 Millions of American families have been threatened since Sunday with being evicted from their homes, in the midst of the Covid-19 pandemic and against a backdrop of political cacophony involving both Parliament and the White House. While billions of dollars in public funds meant to help tenants have still not been used, President Joe Biden this week urged Congress to extend a moratorium on evictions for unpaid rents, which expired at midnight on Saturday.

But Republicans have opposed Democrats’ efforts to extend the ban on evictions until mid-October. Blocking this measure is an “act of pure cruelty” “which throws children and families into the streets,” said Democratic House Speaker Nancy Pelosi on Twitter. Now, the elected representatives of the House of Representatives are on vacation until the end of August, and will be followed by the senators a week later, removing any hope of a quick agreement.

“Some Democrats are rather gone on vacation”

Cori Bush, Democratic representative of the State of Missouri, cannot resign himself to it. This elected, who was herself homeless, spent the night on Capitol Hill in Washington, joined by other elected officials from the left of the Democratic camp. “We could have extended (the moratorium) yesterday, but some Democrats have gone on vacation instead. We slept at the Capitol last night to ask them to come back and do their jobs, ”she said on Twitter on Saturday.

More than 10 million people in the United States are behind on their rent payments, calculated the CBPP, an independent research institute. And some 3.6 million tenants estimate that they risk being evicted within two months, according to a study by the statistics office carried out in early July with 51 million tenants. The suspension of evictions was put in place in September 2020 by the Centers for Disease Prevention and Control (CDC), the main public health agency in the United States, then extended several times in the name of the fight against the spread of Covid-19.

But the Supreme Court ruled in June that any further extensions had to be decided by Congress. To add to the absurdity of the situation, the money provided by the federal government to help tenants in difficulty pay their rent is struggling to reach their bank accounts, due to complex bureaucratic procedures. Thus, of the 46 billion dollars planned by the government, including 25 billion disbursed in early February, only 3 billion have reached their destination.

Why are hackers interested in this kind of data?

President Kais Saied formalizes the strengthening of his powers