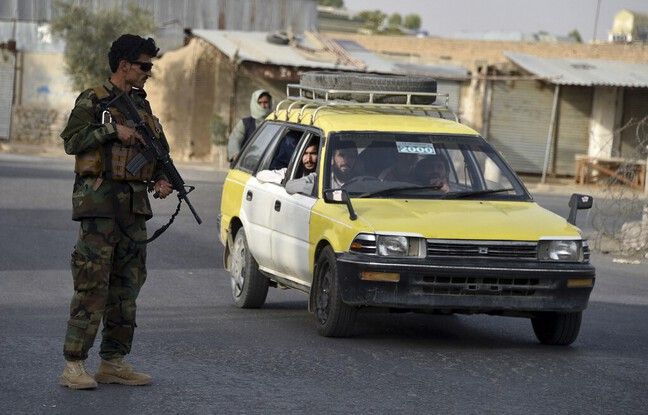 The runway at Kandahar airport was damaged overnight by rockets and all flights are interrupted with the large city in southern Afghanistan, one of the three provincial capitals around which the Taliban have tightened their grip in recent days. The Kandahar airport compound and its only runway also host a military air base, essential for supplying the Afghan forces who have been facing the Taliban for several weeks in the suburbs of the city of 650,000 inhabitants.

At around 1 am “last night, three rockets were fired at the airport and two damaged the runway,” Kandahar airport boss Massoud Pashtun told AFP, “all the flights (…) are suspended ”. He said that repair work on the runway was underway. In the past three months, the Taliban have seized large rural areas in an all-out offensive launched in favor of the final withdrawal of international forces from the country, now almost complete.

Cradle of the Taliban

The Afghan forces, which so far have offered little resistance, essentially control only the main roads and the provincial capitals, some of which are surrounded. In recent weeks, the insurgents have reached the suburbs of Kandahar, the cradle of their movement and the second most populous city in the country after Kabul, forcing thousands of residents to flee to the city.

The Taliban also threaten two other provincial capitals: they have moved strongly to Herat, the third city of the country (600,000 inhabitants) in the West, and entered Lashkar Gah (200,000 inhabitants), capital of the province of Helmand ( South), next to that of Kandahar.

The fall of Kandahar, which the Taliban had made the epicenter of their regime when they ruled Afghanistan (1996-2001), imposing their ultrarigorist version of Islamic law, would be a disaster for the Afghan authorities and for the morale of their people. soldiers, already seriously damaged. And it would reinforce questions about the ability of the Afghan army to prevent the Taliban from seizing power in Afghanistan by force.

In Herat, “the fighting continued last night in (…) the outskirts of the city. Air raids halted the Taliban’s advance, ”Jailani Farhad, spokesperson for the governor of Herat province, told AFP on Sunday morning. The Afghan Ministry of Defense announced the arrival of hundreds of special forces soldiers on Sunday in Herat “to increase offensive operations and destroy the Taliban”.

After a lull on Saturday morning, fighting resumed in the afternoon for the third consecutive day in the districts of Injil, which surrounds the city, and Guzara, about ten km south of Herat, in particular in close to the airport. Thursday and Friday, the insurgents had already approached the city limits, around which were deployed Afghan forces and militiamen of Ismail Khan, a powerful local anti-Italian warlord, veteran of the war against the Soviet occupation ( 1979-1989).

On Sunday, the UN Mission in Afghanistan (Unama) “called on the Taliban to investigate and provide responses to the attack” on its offices in Herat, targeted on Friday by rocket launchers and weapons fire. “The perpetrators of this attack which killed an Afghan guard must be held to account”, adds Unama, clearly implicating the insurgents and denouncing “new violence on Saturday at its base in Herat”, located near a bridge scene of intense fighting in recent days.

The insurgents have in recent weeks seized several districts of the province of Herat, as well as two border posts located there, that of Islam Qala, the main crossing point with Iran, and that of Torghundi with Turkmenistan. In Lashkar Gah, “there is fighting inside the city and we have called for the deployment of special forces,” Ataullah Afghan, head of the Helmand provincial council, told AFP.

On Saturday, a small private hospital with ten beds in the city, in which the Taliban had taken refuge, was largely destroyed in the fighting. “My kids and I haven’t slept all night. The city is in a terrible state. I don’t know what will happen, ”Halim Karimi, a resident of the city, told AFP.