No new confinements on the horizon, we say to the White House 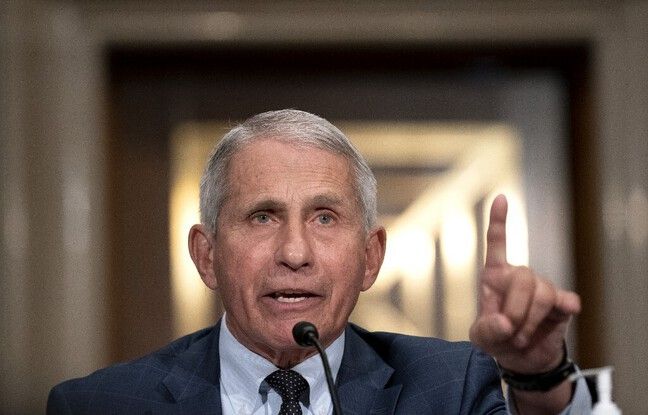 White House adviser on the health crisis, Anthony Fauci, said on Sunday that he did not think that the United States will undergo further lockdowns, even if “the situation will deteriorate” because of an “epidemic of the unvaccinated” .

A few days after the return of wearing masks indoors for people vaccinated and in the midst of the Delta variant outbreak, Anthony Fauci was reassuring during an interview on the ABC channel, considering it unlikely that the United States would meet again. “In the same situation as last winter”.

“An epidemic of the unvaccinated”

“I don’t think we’re going to see lockdowns,” he said. Despite everything, “the situation will deteriorate”, qualified the immunologist, referring to “an epidemic of the unvaccinated”.

“The solution is to be vaccinated, in which case all this would not happen”, continued Anthony Fauci, praising the effectiveness of vaccines against Covid-19 which “prevent falling seriously ill” and thus being “hospitalized or maybe even die ”.

“However, when unvaccinated people get infected, you spread the dynamics of the epidemic, which ultimately impacts everyone,” he explained.

“The vaccines are incredibly effective, even against (the variant) Delta,” confirmed Francis Collins, director of the National Institutes of Health (NIH) on CNN.

“The good news is that people are getting the message”

The new restrictions are explained by the fact that the vaccinated seem to eventually “be able to be contagious”, but they serve “mainly to protect the unvaccinated”, because those who are are “25 times less likely” to “get seriously ill. », He recalled.

Francis Collins was pleased to see an increase in the number of injections: “in Louisiana, the vaccination rate has tripled over the last two weeks”, and increased by “56%” nationally. “The good news is people are getting the message,” he said.

Some 60% of American adults are vaccinated, but large disparities exist between the north, generally better immunized, and the south, more reluctant.

What is the point of maintaining the health pass even in low-incidence departments?

Lena Situations returns to social media and reveals why she left