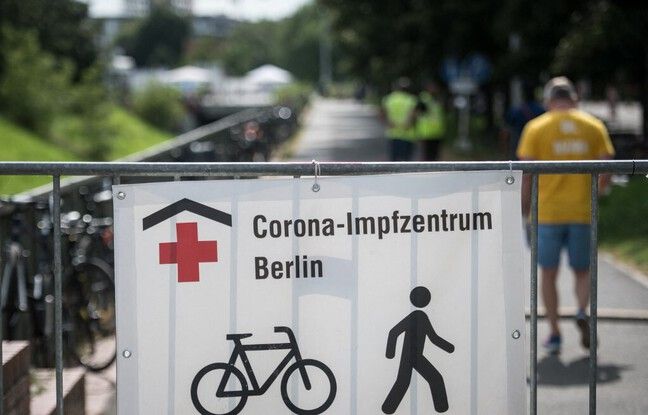 Germany intends to offer from September 1 the administration of a booster dose of vaccine against Covid-19 to the elderly and vulnerable, according to a project of the Ministry of Health seen Sunday by AFP. The draft text also recommends the vaccination of children and adolescents aged 12 to 17 years.

The Minister of Health Jens Spahn and the ministers of health of the sixteen German lands must finalize this plan drawn up by officials of the Ministry of Health, during a meeting on Monday.

Immunity offered by vaccination that declines over time?

Mobile vaccination teams will be sent to elderly health facilities to give residents booster shots with Pfizer / BioNTech or Moderna vaccines, regardless of the type of vaccine they have previously received, according to the text. Doctors may also give a booster shot to the elderly and to patients with weakened immune systems.

Although Germany currently has a lower infection rate than neighboring countries, cases have increased in recent weeks due to the highly contagious Delta variant. The slowdown in vaccinations is also of concern, with only 52% of Germans fully vaccinated.

The health authorities also want to open all the vaccination centers in the country to 12-17 year olds. Schools and universities can also organize vaccinations. Within the European Union, the European Medicines Agency (EMA) has approved the vaccination of all over 12-year-olds with the Pfizer / BioNTech and Moderna vaccines.

On Saturday, the Minister of Health said in a tweet that so far one in five young people in the 12-17 age group had received a first dose of the Covid-19 vaccine.

“There are enough vaccines for all age groups: anyone who wants it can be vaccinated,” he said. The Robert Koch Institute, the German institution in charge of monitoring and combating epidemics, reported 2,097 new cases and one death on Sunday. Since the start of the epidemic, Germany has recorded more than 3.7 million cases and 91,659 deaths.