Iran accused from all sides after tanker attack in Arabian Sea 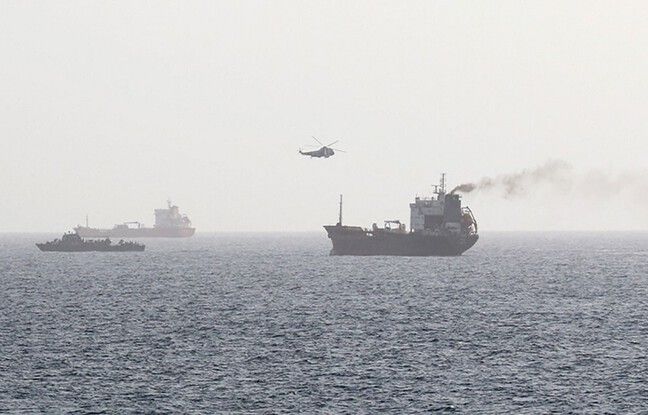 The oil tanker Mercer Street, run by the company of an Israeli billionaire, was the target of a drone attack on Thursday, according to the US military which has ships in the area. The attack, which has not been claimed, left two dead: a Briton employed by the security company Ambrey, and a Romanian crew member, according to the shipowner Zodiac Maritime, owned by the Israeli Eyal Ofer.

Israel immediately pointed the finger at Iran, its Foreign Minister Yair Lapid on Friday accusing the Islamic Republic of being “an exporter of terrorism, destruction and instability which hurts everyone”.

The Israeli diplomat called for action at the UN against Iran. Tehran has denied any involvement: “the Zionist regime (Israel, Editor’s note) must stop (launching) such unfounded accusations”, declared Sunday the spokesperson for its diplomacy Saïd Khatibzadeh. “Iran will not hesitate for a moment to defend its interests and its national security.”

Israeli Prime Minister Naftali Bennett rejected these statements saying: “I can say with absolute certainty that Iran carried out this attack on the ship (…) There is evidence of that”.

“We expect the international community to make it clear to the Iranian regime that it has made a serious mistake. Either way, we know how to send a message to Iran in our own way, ”he warned.

London and Washington have also blamed Tehran. Britain believes that this “deliberate” action was “carried out by Iran,” said British Foreign Minister Dominic Raab, calling on the country to “immediately cease its actions endangering peace and security. regional and international ”.

The IDF said its chief of staff had spoken to his British counterpart about “recent events in the region and the common challenges facing their countries.”

And the United States “are certain that Iran carried out the attack (…) which follows a series of attacks and aggressive behavior,” Secretary of State Antony Blinken said on Sunday. Washington “is consulting with governments in the region and beyond for an appropriate and imminent response,” he warned.

Later in the day, the Israeli foreign minister said in a statement that his country “will continue to discuss with its allies around the world and work together to determine the necessary steps in the face of Iranian terrorism.”

Israel may try to increase global pressure against Iran, but it is also retaining the possibility “of acting outside the diplomatic field,” retired Israeli general Yossi Kuperwasser told Israeli military radio.

Commenting on the attack targeting the tanker last Thursday, the company Dryad Global, specializing in maritime security, referred to new “reprisals in the shadow war” between Iran and Israel.

The Mercer Street ship was sailing without cargo from Dar es Salaam in Tanzania to Fujairah (United Arab Emirates), when it was targeted, according to Zodiac Maritime. For years, Israel and Iran have clashed directly or indirectly in Lebanon, Syria and the Palestinian Gaza Strip.

A series of sabotages and attacks at sea

But in recent months, this rivalry has spilled over into the sea with the emergence of a mysterious series of sabotages and attacks.

On March 10, a cargo ship of the Iranian state-owned shipping company IRISL, Iran Shahr-e-Kord, was hit in the hull by an explosive device in the Mediterranean. “Everything suggests that the occupation regime of Jerusalem (Israel, Editor’s note) is behind this operation”, then judged Tehran.

In April, Iran announced that an Iranian “trading vessel”, the Saviz, had been damaged in the Red Sea by an explosion. The New York Times then reported that the Saviz had been the target of an Israeli “retaliatory” attack after “Iranian strikes against Israeli ships.”

For analysts, this showdown at sea is part of the tensions around the Iranian nuclear issue, Tehran trying to increase the pressure to obtain a new agreement favorable to it while the Hebrew state seeks to l ‘prevent it.

The Iranian authorities have moreover accused Israel on several occasions of having sabotaged some of its uranium enrichment facilities, and even of having assassinated scientists who would be linked to the development of this program.

Three supporters arrested for violence after the derby