Greece hit by “the worst heatwave” for more than 30 years, according to its Prime Minister 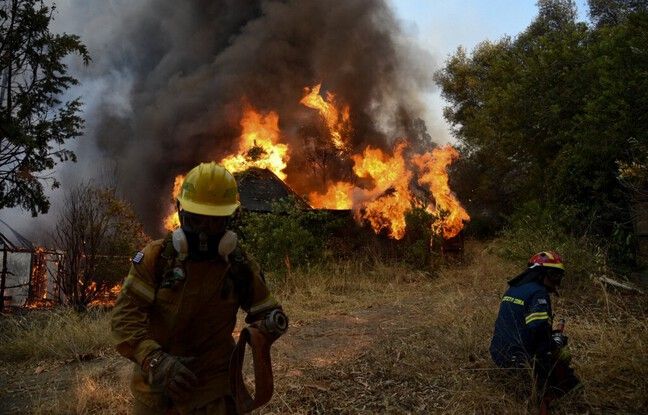 Since Thursday, Greece has been going through a scorching period which is expected to peak on Monday and Tuesday, according to weather forecasts. It had been affected by a similar heat wave in July 1987, which mainly affected Athens and killed more than a thousand, due to the lack of air conditioning and air pollution.

“We are facing the worst heat wave since 1987” which causes “a load on the electricity network”, declared Prime Minister Kyriakos Mitsotakis after a meeting with officials of the Greek distribution operator electric, Admie.

Up to 45 degrees in the Peloponnese and Thessaly

Kyriakos Mitsotakis assured that the authorities “were doing everything possible to cope with the situation” and urged users to “limit their consumption especially at the beginning of the afternoon and during the night”.

The weather services forecast temperatures of 40 to 42 degrees Celsius on the islands and 41 to 43 degrees on the mainland for Monday and Tuesday, with highs of 44 to 45 degrees in the Peloponnese and Thessaly (north).

In Athens, the mercury will exceed 40 degrees, with highs of 43 degrees and lows of 31 degrees, according to the Greek meteorological services.

Several fires broke out in Greece last weekend, without causing any casualties, especially on the island of Rhodes and the northwest of the Peloponnese. These two fires were “in recession” Monday but the firefighters were still trying to control them.

“In July we had 1,584 fires against 953 in 2019,” said Deputy Minister of Civil Protection Nikos Hardalias on Star TV, estimating that “we are no longer talking about climate change but about a climate threat”.

“We are in a phase of absolute climatic deregulation”, he also said on public television ERT, specifying that “in the last 48 hours, we have had 116 fires” in Greece.

Heatwaves are a clear marker of global warming, scientists say, and these heat waves are set to multiply, lengthen and intensify even more.