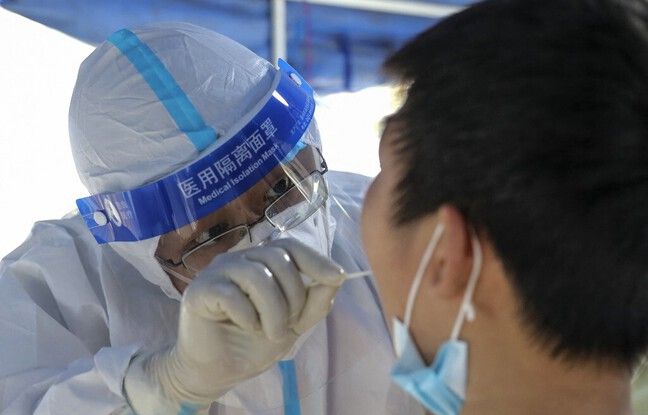 Wuhan struggles with Covid-19 again. Hundreds of thousands of residents were confined Monday in China in the midst of an epidemic rebound, which has seen the Delta strain spread to the four corners of the country and reach the city of Wuhan, the first affected by the Covid-19 epidemic.

China has virtually eradicated the disease on its soil since the spring of 2020 and life has largely returned to normal, despite the persistence of a few outbreaks of contamination, sporadic and until then very localized.

But since the discovery last month in Nanjing (east) of new cases of Covid-19, this focus has quickly spread. China reported 55 new cases on Monday. Nationally, at least 300 infections, due to the contagious variant Delta, are linked to this focus.

This increase in contamination is admittedly still very limited compared to the figures recorded in other countries. But this focus is in terms of geographic extent the most important in recent months in China: more than a dozen provinces are now affected as well as Beijing, the capital, which on Sunday called on its inhabitants not to leave the city except compelling reason. New cases have also been reported in the tropical island of Hainan (south), very popular with tourists.

Wuhan, the large central metropolis which was the first place in the world to report cases of Covid and to impose strict containment on its inhabitants at the end of 2019, reported seven positive cases on Monday.

Wuhan had not reported so-called local Covid-19 contamination since May 2020. The city had, however, already reported cases in people returning from abroad.

At the beginning of July, around fifty Chinese passengers repatriated from Afghanistan had thus tested positive on their arrival in Wuhan.

Despite the vaccination, hundreds of thousands of residents were confined in China on Monday, mainly in Nanjing and a district in northern Beijing. In the center of the country, the city of Zhuzhou, ordered its 1.2 million inhabitants to stay in their homes for three days, the time to screen the population, according to an official statement.

In Algeria, “the protest has died out in its spectacular aspect, but it continues everywhere”