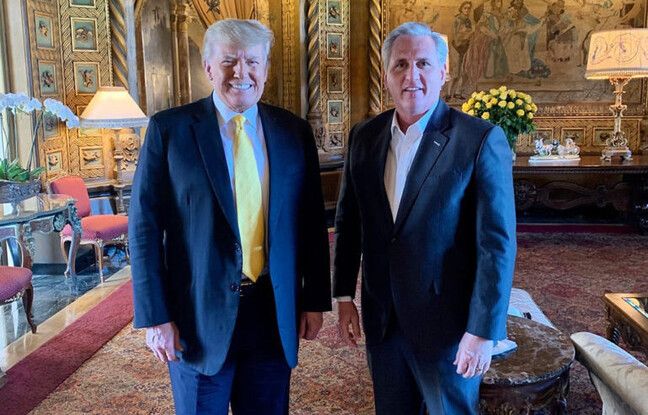 A joke in bad taste. Sunday, the leader of the Republicans in the House of Representatives was summoned to apologize or even resign after joking about his desire to physically attack the Democratic president of this institution, Nancy Pelosi.

Kevin McCarthy was presented with a hammer, the quintessential attribute of presiding over the House of Representatives, during a fundraising event Saturday in the state of Tennessee, located in the south of the United States. This gift referred to the victory that the Republicans hope for in the midterm elections of 2022. In this case, Kevin McCarthy would replace Nancy Pelosi.

Violence against women is not a joke.

Threatening political violence is not a joke.

These comments are misogynistic and dangerous.

“You must apologize or resign”

“I want you to see when Nancy Pelosi gives me that hammer (…) It will be hard not to hit her with it,” he said. According to Washington Post and according to a reporter from the local Nashville newspaper present at the evening, he would have added, however, that in reality, he would abstain.

“Don’t you think the United States has had enough political violence like that?” Ted Lieu, Republican representative from California, tweeted in response. You must apologize or resign. Michigan Democrat Debbie Dingell also called for an apology. “This kind of talk is what caused violence and death on Capitol Hill,” she said, again on Twitter, in reference to the January 6 assault on the seat of Congress by a crowd of supporters. by Donald Trump.

Teresa Isabel Leger Fernandez, Democratic Representative for New Mexico, tweeted, “Violence against women is no joke. Political violence is no joke. These words are misogynistic and dangerous. Nancy Pelosi and Kevin McCarthy’s reports are conflicting. The first had called the second a “fool” recently because he opposed the wearing of the mask in the face of the resurgence of the Covid-19 pandemic.