Justice investigates the management of alerts 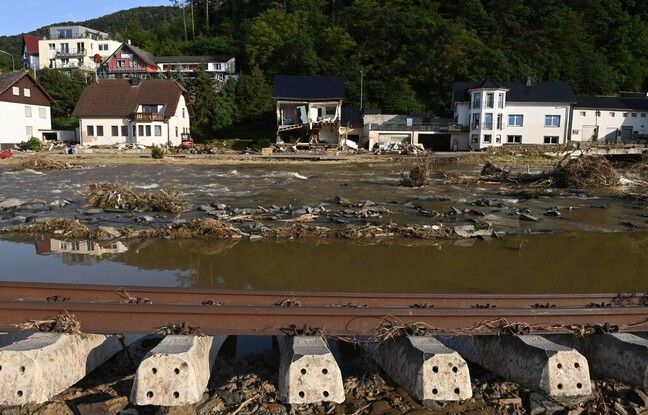 Did the local residents’ alert and evacuation systems function well during the deadly floods in western Germany in mid-July? This is the question before the German justice with a view to launching possible criminal proceedings, which suspects failures.

The Koblenz prosecutor’s office “examines the opening of a preliminary investigation on the basis of suspicion of homicides and unintentional injuries”, according to a press release from this competent prosecutor’s office for the region of Rhineland-Palatinate, the most affected by the floods.

Neglected or delayed warnings or evacuations?

Prosecutors will examine the advisability of launching proceedings in connection with “possibly neglected or delayed warnings or evacuations” of the inhabitants of the Ahr valley, a region whose municipalities have been ravaged by floods.

On the basis of this audit which will include “the numerous press articles, the conclusions of the ongoing investigations into the deaths as well as the police reports of the night of the disaster”, the prosecution will determine “if they give rise to a first suspicion of criminal offenses ”.

A controversy followed the disaster of July 14-15, relating to the anticipation of meteorological events by the authorities, the functioning of the warning system and evacuation measures.

186 dead, including 138 in Rhineland-Palatinate

These floods killed at least 186 people in Germany, including 138 in the region of Rhineland-Palatinate alone where twenty-six people are still wanted, according to a new report released Monday.

The floods also affected Belgium where 38 people died. In this country too, an investigating judge is investigating possible criminal liability, in connection with a lack of precaution and warning.

Ahrweiler district in the crosshairs

In its weekend edition, the newspaper “Frankfurter Allgemeine Zeitung” claimed that the district of Ahrweiler, west of Bonn, did not immediately react to warnings from the Regional Environment Agency. .

According to the newspaper, this body had, in the afternoon of July 14, informed the local authorities of a risk of significant flooding, further worsening their forecast in the early evening. The district declared a state of disaster around 11 p.m., ordering a partial evacuation, when the water had already risen in the villages and homes.

District authorities deny these allegations. “At the moment, no one in the federal government, the region or the district can seriously answer questions about responsibilities,” said district councilor Jürgen Pföhler this weekend. Deeming it necessary to examine “very carefully” the chain of events, he considered “that none of the existing warning and alarm systems was technically prepared for this unprecedented tsunami”.

Germany determined to learn from the tragedy

Questioned on possible failures, Chancellor Angela Merkel had observed that the disaster “exceeded the imagination”, and defended the system of alerts, organized in a decentralized manner.

Germany nevertheless wants to learn the lessons of the tragedy and is studying several avenues for improving its disaster warning system, including the implementation of cellular notifications via mobile phone.

The romance between the characters of Christopher Meloni and Mariska Hargitay in “Law & Order: Special Victims Unit” may well take place

a bus of Bordeaux supporters attacked in Montpellier, 16 injured