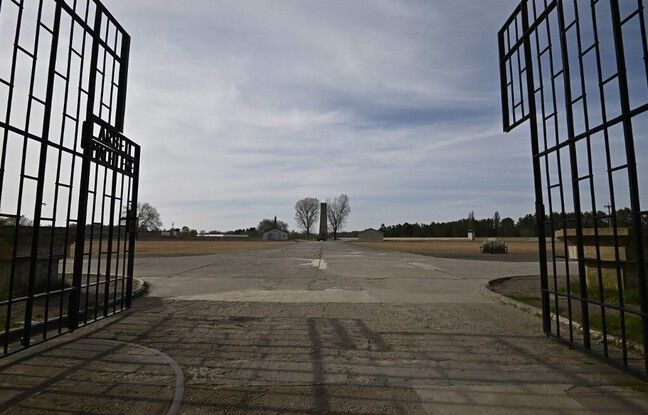 Prosecuted for complicity in 3,518 murders of detainees … A centenary former guard of the Nazi camp of Sachsenhausen, in Germany, accused of “complicity in murders” will appear from early October before a German court, announced Monday the prosecution.

The Neuruppin prosecutor’s office, which had already indicted him last February, believes, after having received a medical opinion, that “he is able to follow hearings”, despite his great age. Hearings will be limited to two or two and a half hours a day, according to the prosecution.

Suspected of being involved in the shooting of Soviet prisoners

The former guard, aged one hundred years, is being prosecuted for complicity in 3,518 murders of detainees by having “knowingly and voluntarily” aided and encouraged their murder from 1942 to 1945 in the Sachsenhausen concentration camp in Oranienburg, north of Berlin. He would be particularly involved in “the shooting of Soviet prisoners of war in 1942” or the death of several prisoners “by the use of the poisonous gas Zyklon B”.

Over the years, the SS have detained around 200,000 people in the Sachsenhausen concentration camp. About 20,000 prisoners were murdered there. “Many co-plaintiffs are the same age as the accused and hope that justice be done,” said in The world Thomas Walther, lawyer for several victims as civil parties in this upcoming trial.

In recent years, Germany has tried and condemned several former SS and extended to camp guards the charge of complicity in murder, illustrating the increased severity, although deemed very late by the victims, of its justice. According to German media, around ten judicial investigations relating to Nazi crimes are still pending in the country.

In June, German justice revealed that it was investigating a nonagenarian who was said to have been a guard in a Soviet detainee camp between 1943 and 1945 and suspected of complicity in assassinations. At the end of March, justice announced that a former guard of a concentration camp, extradited from the United States, would finally escape a trial in Germany, for lack of “clear evidence”.

Just before the closed-door match against Monaco, supporters demonstrate and insult the LFP and the media