Electoral justice to investigate Bolsonaro after his attacks on electronic voting 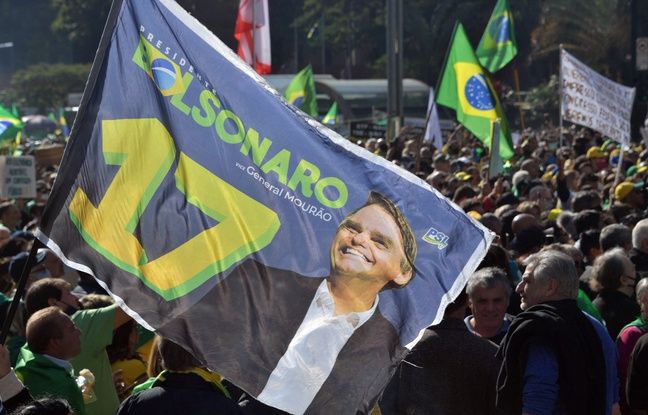 Brazilian justice has ruled: Jair Bolsonaro will have to be accountable. The country’s Higher Electoral Court (TSE) on Monday decided to investigate the current president for his constant and unproven attacks on the legitimacy of the electronic voting system, in place since 1996.

The high electoral court also agreed to ask the Supreme Federal Court (STF) to investigate the far-right leader for spreading false news about the elections during a live stream on Facebook last Thursday: for more than two hours, he said he was convinced that there had been fraud during the last two presidential elections.

A speech that finds a certain echo

TSE investigation will determine whether President Bolsonaro has committed crimes of “abuse of economic and political power, misuse of the media, corruption, fraud, veto of public officials and extemporaneous propaganda in his attacks against the electronic voting system and the legitimacy of the 2022 general elections ”.

The head of state, who seeks re-election, does not defend a return to voting by paper ballots, but the printing of a receipt by the electronic ballot box so that each vote can be recounted in the event of a dispute. . This speech finds an echo with part of his electorate. This Sunday, thousands of people demonstrated in several cities in Brazil, including Sao Paulo, Rio de Janeiro and Brasilia, in favor of the printed ballot.

Targeted for his chaotic management of the pandemic and by a preliminary investigation for “prevarication” accusing him of having overlooked suspicions of corruption in the purchase of the Covaxin vaccine, the president did not participate directly in the protests.

However, he gave a speech by videoconference in which he reaffirmed that he would not accept elections that were not “clean and democratic”. Three weeks ago, Jair Bolsonaro had already aroused an outcry by sowing doubt on the realization of the 2022 ballot. “Either we are doing proper elections in Brazil, or there will be no elections”, had -he assures.

He had called the president of the TSE, Luis Roberto Barroso, “an imbecile”, who believes on the contrary that the printing of paper receipts could expose the vote “to the risks of manipulation of the past”. According to analysts consulted by AFP, by questioning the electoral system, the far-right leader is preparing the ground to challenge the result in case of defeat, as did former US President Donald Trump, including Jair Bolsonaro is a strong admirer.

Monday morning, Luis Robert Barroso and all his predecessors since the promulgation of the constitution in 1988 signed a document guaranteeing the transparency and security of the electronic voting system.

The Yuka application (again) condemned against a delicatessen industrialist