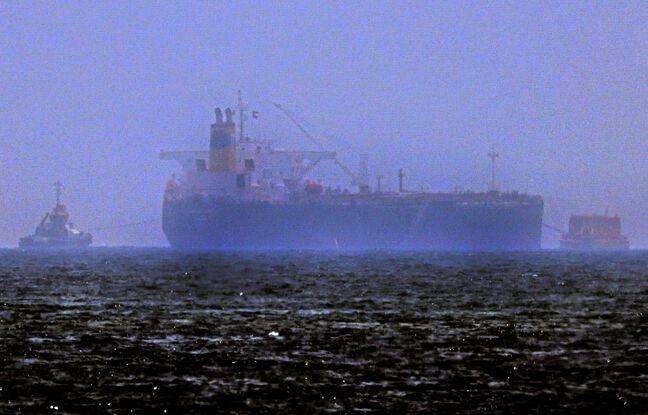 The pressure is growing on Iran. After the deadly attack on an oil tanker managed by an Israeli billionaire in the Arabian Sea, the United States promised a “collective response” despite Tehran’s denials.

“There will be a collective response,” US foreign minister Antony Blinken said Monday, August 2. “Iran continues to act in a terribly irresponsible manner (…) Iranian acts are a direct threat against the freedom of navigation”, hammered the one who had already accused Iran of having carried out this attack the day before.

The Iranian authorities on Sunday denied any link with the attack, which occurred Thursday against the oil tanker Mercer Street, managed by the company of Israeli billionaire Eyal Ofer and target according to Washington of “explosive drones”. Unclaimed, this attack left two dead: a Briton employed by the Ambrey security company, and a Romanian crew member, according to the shipowner Zodiac Maritime. The United Kingdom, Romania and Israel are among the allies with which Washington was coordinating on Monday, said Antony Blinken.

Iran meanwhile warned on Monday that it would retaliate against any “adventurism” after threats from Israel and the United States. “The Islamic Republic of Iran will not hesitate to protect its security and national interests,” Iranian Foreign Affairs spokesman Said Khatibzadeh warned in a statement. It will “respond immediately and decisively to any adventurism,” he said.

These new strong tensions arise on the eve of the entry into office of the new president in Iran, the ultra-conservative Ebrahim Raïssi, who succeeds the moderate Hassan Rohani. Iran is a sworn enemy of the United States and Israel. He has not maintained relations with the former since 1980 and does not recognize the existence of the latter.

In the aftermath of the attack, Israeli Foreign Minister Yair Lapid accused Iran of being “an exporter of terrorism, destruction and instability that hurts everyone”. Israeli Defense Minister Benny Gantz said Monday in front of the Knesset. “It is exactly for this reason that we must act now vis-à-vis Iran (…) It is not a future threat, but a concrete and immediate danger”, he judged.

Joining Washington and Israel, the United Kingdom called on Iran to “immediately cease its actions endangering regional and international peace and security”. On Monday, British Prime Minister Boris Johnson warned that Iran should “face the consequences of what it has done”, citing “an unacceptable and scandalous attack on a commercial vessel”, in which “a British citizen died “.

“It is absolutely essential that Iran, like any other country, respect the freedoms of navigation around the world, and Britain will continue to insist on this. London, but also Bucharest, summoned their respective Iranian ambassadors. Iran, which also summoned the British Chargé d’Affaires to Tehran, according to the official Irna news agency, estimated that “the source of insecurity in the Persian Gulf is not Iran, but the presence of ships and military forces from countries outside the region ”.

For years, Israel and Iran have clashed directly or indirectly in Lebanon, Syria, Iraq and the Palestinian Gaza Strip. But in recent months, this rivalry has spilled over into the sea with the emergence of a mysterious series of sabotages and attacks. “If they have evidence to support their unfounded claims, they should provide it,” Said Khatibzadeh said on Monday, criticizing London and Washington for remaining “silent” about “terrorist attacks” targeting “commercial vessels” Iranians.

Iran is a “bad protagonist on the international scene (…) but we continue to think that to seek a diplomatic channel (…) is in our national interest”, noted the spokesperson of the White House Jen Psaki, renewing the wish of the Biden administration to save the international Iranian nuclear agreement. Returning to this agreement would place the United States “in a better position to respond to these other problems”, she underlined Monday during a press briefing.

Just before the closed-door match against Monaco, supporters demonstrate and insult the LFP and the media