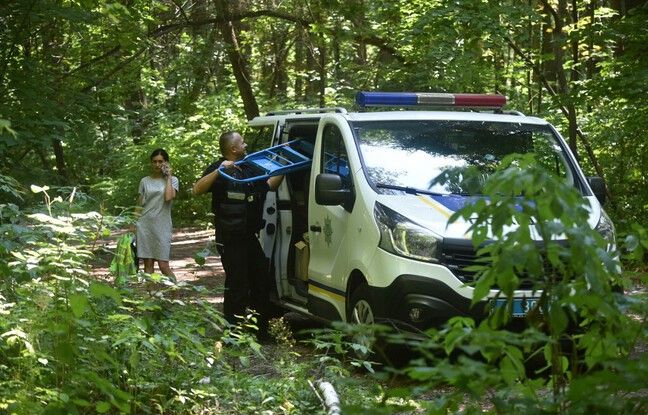 The director of an NGO helping opponents of the Belarusian regime was found hanged in Ukraine on Tuesday, according to the Ukrainian police in charge of the investigation, the activist’s organization denouncing for its part an assassination orchestrated by Minsk. The body of Belarusian Vitali Chychov, who disappeared on Monday, was found hanged Tuesday morning in a large park on the outskirts of Kiev, near his home, National Police Chief Igor Klymenko told a press conference.

The police have opened an investigation for premeditated homicide but are also investigating the lead with a voluntary action. “A suicide and a murder disguised as suicide are the main versions,” said Igor Klymenko. Asked about the remarks of a Belarusian activist according to which Vitali Chychov had bruises on his face and broken nose, the police chief mentioned only small lesions “characteristic of a fall”, without giving more details.

“A planned operation of the Chekists”

The militant’s NGO, “Belarusian House in Ukraine” (BDU), denounced on Telegram an operation in Minsk aimed at “liquidating” a person “dangerous for the regime” of President Alexander Lukashenko. “This is a planned operation of the Chekists”, a term designating the security forces, said the organization whose mission is to come to the aid of Belarusians in exile in Ukraine to escape the repression in their country. “Vitali was under surveillance and the police [ukrainienne] had been notified ”, assured the BUD. “We had been warned” of the risk of “provocations going as far as kidnapping and liquidation”, according to the same source.

But the head of the Ukrainian national police said he had no such information and that his services had not registered any complaints from the deceased. Vitali Chychov, 26, went out for a jog in Kiev on Monday morning but never returned. His partner, Bojena Jolud, told Belarusian media that she did not believe in suicide.

The activist fled to Kiev in the fall of 2020, in the face of the growing virulence of the repression of the gigantic protest movement against the re-election of Lukashenko, in power since 1994. He notably participated in the organization of anti-protest protests in Kiev. -Loukachenko, according to BUD.

Threatened even in exile

The United Nations on Tuesday called on Kiev to conduct a “thorough, impartial and effective” investigation. The French Foreign Ministry said it was waiting for “the conclusions of the investigation”. Many Belarusians have fled their countries, often to Ukraine, Poland and Lithuania in the face of fierce repression of any dissent in this ex-Soviet republic nestled between Russia and the EU.

“Belarusians are not safe even abroad,” exiled Belarusian opposition leader Svetlana Tikhanovskaya told Telegram. Then, after meeting British Prime Minister Boris Johnson in London, she said she was waiting for “the results of the investigation” before accusing Belarus of having orchestrated a crime. The opponent, on the other hand, considered that she herself “could disappear at any time”.

This drama comes shortly after an incident at the Tokyo Olympics with Belarusian sprinter Krystsina Tsimanouskaya, threatened with forced repatriation for having criticized her federation on social networks. The athlete fled to the Polish embassy, ​​from which she obtained a humanitarian visa on Monday while her husband left Belarus for Kiev. The International Olympic Committee (IOC) has launched an investigation into the case.

The Belarusian regime is also accused of having hijacked a commercial flight in May on the pretext of a bomb threat to stop dissident Roman Protassevich on board, an incident which scandalized the West. Alexander Lukashenko has also been accused of creating “death squads” early in his reign to get rid of his opponents.

In 2019, a former member of a Belarusian commando group told German media German wave having participated in the summary execution of three opponents in 1999.
Another resounding case, the trial which opens Wednesday of one of the three great figures of the protest in Belarus in 2020, Maria Kolesnikova, prosecuted for “conspiracy to seize power”.

What to remember from the main measures of the finance bill