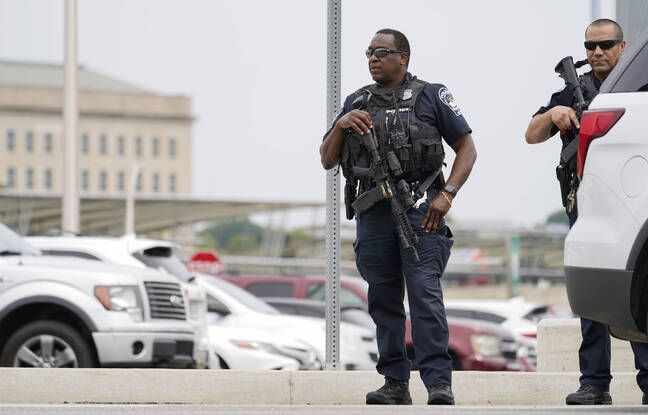 Few details have been made public. A policeman was killed on Tuesday in an attack a few yards from the Pentagon, which was briefly placed on alert, the Department of Defense security service confirmed. According to NBC News, it was a knife attack, and the assailant, whose identity or motivation was not known, on Tuesday night, was later shot dead.

Employees of the US Department of Defense were called by loudspeaker to stay inside the building at around 10:40 a.m. after several gunshots were heard at the bus station near the famous building south of the capital Washington, in Virginia. The state of alert was lifted at midday but the exits of the metro station and the bus station, which are both a few meters from one of the Pentagon entrances but are accessible to the public, remained closed until further notice.

The Minister of Defense was not in the building

Local television channels showed in the afternoon dozens of police gathered in front of the Washington hospital where the officer had been transferred, to pay tribute to him.

The emergency services of Arlington, the commune where the Pentagon is located, seat of the Department of Defense and the command of the American army, indicated that “several patients” had been taken care of on the spot.

Defense Minister Lloyd Austin “was not in the building at the time of the incident,” said spokesman John Kirby. “The minister was informed of the incident at the Pentagon and he is regularly informed of all new developments,” he added. Lloyd Austin and Chief of Staff Gen. Mark Milley were in the White House for a weekly meeting with President Joe Biden.

Carrefour is testing subscriptions for its customers