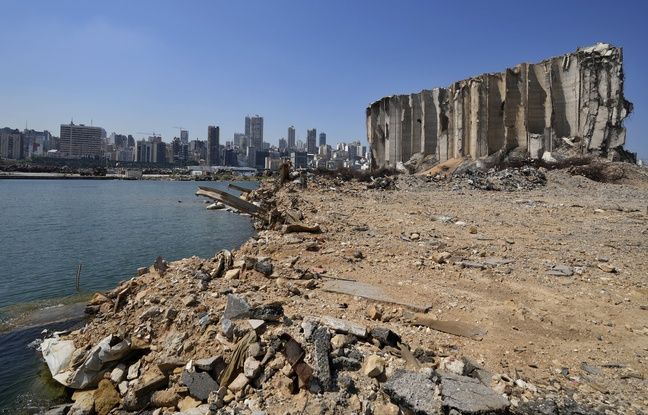 One year to the day after the explosion of the port of Beirut, the world is on Wednesday at the bedside of Lebanon. Organized by France and the United Nations, an international conference aims in particular to bring together emergency aid of at least 350 million dollars, the French presidency said on Monday.

“It is about coming back to the aid of the people of Lebanon”, after a 280 million euros raised during a first international conference in August 2020, shortly after the explosion which killed more than 200 people , underlined the Elysee. It is indeed necessary to respond, according to the presidency, to new needs “in the fields in particular of food, education, health, water purification”.

The conference will bring together by videoconference, under the aegis of President Emmanuel Macron and United Nations Secretary General Antonio Guterres, representatives of some forty states and international organizations including American presidents Joe Biden, who will speak via a video, Egyptian Abdel Fatah al-Sisi, King Abdullah II of Jordan and Lebanese Head of State Michel Aoun. The Prime Ministers of Iraq, Greece, the Director of the IMF, the President of the European Council Charles Michel as well as the German, Austrian, Italian, Spanish, British, Dutch, Belgian, Croatian and Finnish foreign ministers will also be present, as will as representatives of Qatar, Saudi Arabia and the United Arab Emirates.

This third international conference, after those of August 9 and December 2, 2020, focuses only on emergency aid and not on the structural aid that the country needs but which remains conditional on the formation of a government capable of initiate fundamental reforms. Lebanon has indeed been without a government since the resignation of Hassan Diab and his team on August 10, 2020. The new Prime Minister designate, Najib Mikati, announced on Monday that a government would not see the light of day before the commemoration of the explosion from the port of Beirut on August 4, political bargaining once again obstructing its task.

For the Elysee, this conference will be “the occasion once again to send a very clear political message: despite the commitment of the various Lebanese political leaders, Lebanon still has no government”. The participants will therefore “reaffirm the need to form a government quickly capable of implementing the structural reforms expected by the Lebanese population and the international community and which will make it possible to provide support that goes beyond emergency”. But, despite threats of sanctions from the European Union, warnings and accusations of “organized obstruction” in recent months, the Lebanese leaders have not budged an iota, continuing their bargaining.