All residents tested after sixteen months without cases 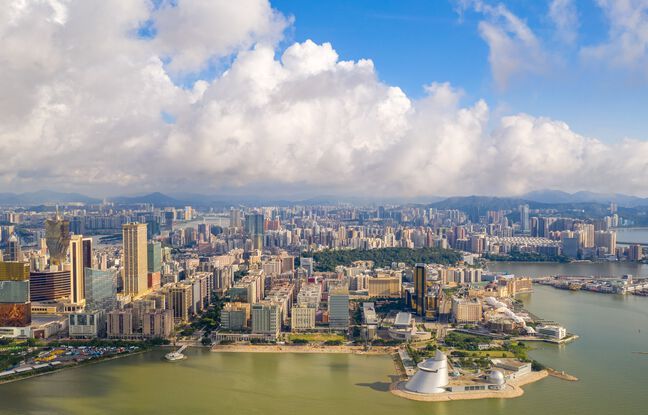 Macau on Wednesday ordered the screening of all of its residents after a family of four tested positive for the Delta variant of Covid-19, ending sixteen consecutive months without any cases in the Chinese city. Authorities want to test all of the city’s 680,000 residents over the next three days, the government said. This is part of the measures announced by the former Portuguese colony, famous for its casinos, after the emergence of cases of local origin (and not directly imported) for the first time in 491 days.

Authorities are seeking to establish whether the family’s daughter contracted the virus during a July flight between Zhuhai and Xi’an, mainland China, Macau Chief Executive Ho Iat-seng said on Wednesday. . On board this flight, two people were infected. They were originally from Nanjing (east), the center of the current Delta variant epidemic in China. So far, more than 300 new cases have been recorded in 15 provinces and cities in mainland China in two weeks.

Long queues formed this Wednesday morning in front of the 41 screening centers set up and the application intended to fight against the coronavirus has broken down, according to local media. Macau uses the same application, designed to assess the risk of infection, as mainland China. It allows movement to be tracked and generates screening and vaccination certificates. “I have to apologize to all the locals,” Ho told reporters.

Macau has succeeded in containing the number of contaminations to a low level by closing its borders during most of the pandemic and imposing restrictions on people arriving from mainland China. So far, the city has only recorded 60 cases and no deaths. However, the “zero Covid” strategy has dealt a serious blow to the economy of this territory which is highly dependent on tourism. Revenues from casinos in Macau, the only place in China where gambling is permitted, represent around 80% of the city’s public finances.

When the virus was first detected last year, the city ordered all casinos to close for two weeks, resulting in a loss of $ 937 million, according to a University of Macau estimate. This year, their income has increased thanks to the easing of some border restrictions with mainland China, but it remains well below the level before the pandemic.

Winner of a “big fight” in the Europa League, Lyon promises to challenge PSG “without complex”