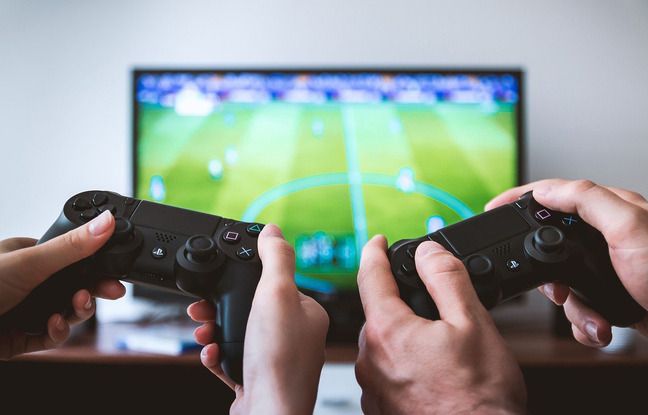 The Chinese Internet giants were roughed up on the Hong Kong Stock Exchange on Tuesday. The heavyweight of the sector, Tencent, lost more than 10% in meeting after criticism of a state media against “addiction” to video games. This sector, particularly prosperous in China, is increasingly criticized for the dependence of young people on screens and the vision problems that this entails.

Regulations in the country officially prevent people under 18 from playing online video games between 10 p.m. and 8 a.m. But the law is largely bypassed. Tuesday, the very official Economic Information Daily estimated that this hobby, which generates billions of yuan, had become “a mental opium”. “The addiction of minors to the Internet is common and online games have significant consequences on their growth,” said the daily.

Facial recognition to prevent minors from circumventing the ban

The article particularly pinpoints Tencent, the heavyweight of the sector, in particular for its popular video game “Honor of Kings”, which has more than 100 million daily active users in China. “Some students play it sometimes for eight hours a day,” criticizes the newspaper. The article, widely reported on Tuesday by the country’s media, was subsequently withdrawn by the Economic Information Daily.

But he sent heavyweight stocks in the sector to Hong Kong. Tencent lost more than 10% at midday, before recovering at the close (-5.81%). In a statement, the group assured that it would take additional measures to limit the playing time of its young users. Tencent, which prohibits children from playing at night, already required facial recognition to prevent minors from circumventing the ban.

Its competitor NetEase also ended down nearly 8% on the Hong Kong Stock Exchange. The Bilibili site, popular with fans of cartoons, manga and video games, lost more than 3%. Investors fear additional regulatory tightening in the video game sector, in a context of Beijing taking over the digital giants.

Several behemoths in the sector have thus been singled out for practices hitherto tolerated and widespread. The authorities have been particularly intransigent in recent months with regard to personal data and respect for user rights. Beijing summoned the tech giants on Friday, urging them to “do a thorough review.”

For the first time, a clinical trial wants to prove the effectiveness of caffeine for the treatment of Alzheimer’s