He is Argentine, lives in Qatar and gave a strong warning to those who travel to the World Cup: “It is difficult”

Just one week from the start of the World Cup Qatar 2022, there are many eyes on the Middle Eastern country and its lifestyle. Between the boycott demanded by fans of some European countries and the declarations of figures related to the organization of the World Cup, Qatar It is in the eye of the storm. In the midst of this context, there are several Argentines who live in that country and Franco Severi is one of them. In dialogue with La Nación, the 30-year-old told his story, recounted some hard moments of his adaptation in Asian territory and explained what life is like there for someone who grew up in Argentina.

Severi studied Tourism and Hospitality in Argentina. After years of working in the country, at the age of 28 he made the decision to emigrate. His first destination was Italy, where he moved in September 2020. The first months were difficult due to the Covid restrictions, but over time, including a change of city, his working life settled.

However, at the end of 2021, he found himself without a stable source of work and began to look for vacancies in the hotel industry, a sector that was in full reactivation. After searching for him in different countries, she found a place in Doha, the capital of Qatar. Although at first the position was as a lifeguard, Franco was eventually hired as a waiter.

The very hotel where he went to work facilitated the visa process and offered him a treatment that, according to his testimony, is standard in the sector. “Most hotels offer you the same thing: a basic salary, added to the tips that are divided among the entire local and give you lodging, meals, and transportation to where you work,” he explained.

In the workplace, Franco assured that he had some problems at work. In addition to an “intense” rhythm, he sometimes got annoyed by the treatment of customers. “The local clientele is difficult. Qataris and local people many times think they are the kings of the world and do not treat you as they should,” he said. Along the same lines, he affirmed that tips are not usually given, except for those who lived outside the Middle Eastern country: “They do not understand what work culture is, tips and knowing that what a waiter earns is from the tip . It is common sense to give it and it is not customary here, unless they are people who lived in another part of the world and learned it”.

The Argentine has been living in Qatar since January and gave advice to those traveling to see the World Cup. (Instagram @frankete8/)

Along the same lines, he warned that in many cases the treatment of Qataris, even outside of their work, is complicated: “Some treat you like garbage.” Despite this, he also affirmed that in other cases he received a lot of affection when saying that he is Argentine, thanks to the connection with soccer and the figures of Lionel Messi and Diego Armando Maradona. “They tell you that they want us to win the World Cup and it’s something incredible,” he added.

On the other hand, he stressed the prohibition of having alcohol and emphasized that it can only be consumed in bars, which are usually expensive. The privileged ones who can have alcoholic beverages in their homes are residents who could afford the cost of a special license.

Franco admitted that at first the adaptation “was a bit difficult.” In addition to the differences in customs with the local people, he mentioned that he found the city “very unreal”. However, by socializing, learning about Muslim culture and even some Arabic, he managed to make his place. 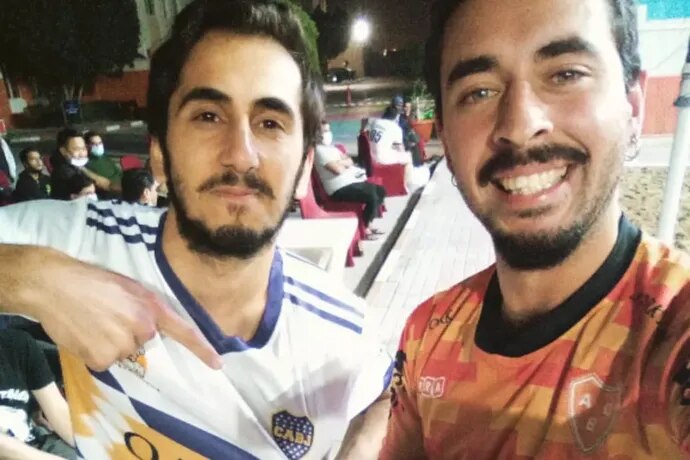 Soccer was a key tool for the adaptation of the Argentine in Qatar. (Instagram @frankete8/)

In this process, soccer was a key tool. “Today I already have six or seven soccer groups and I play more than once a week. First with people from here and then I found Latino people who also went out with them,” he said. Currently, and thanks to the arrival of new residents, friendships with Latin Americans and particularly with Argentines have multiplied, with whom he frequently meets after work.

Regarding this, he said with joy that the bond between compatriots in the Middle Eastern country is very strong: “Since Qatar is small and we Argentines look for each other, that bond exists.” Thanks to sharing nationality, the 30-year-old became friends with Sergio “Chino” Vittor, a former Racing and Banfield player who currently plays for Al-Sailiya SC in Qatar.

Along the same lines, Franco whitewashed the habit he acquired in our country and which even became stronger abroad: “In Argentina I drank less mate than when I moved abroad. I learned to appreciate it outside and now I have it as a habit that luckily here you get a lot”.

Tips for those traveling to Qatar

Despite the aforementioned precautions, the young man recommended that his compatriots traveling to the World Cup go “with the desire to support Argentina” and emphasized that Qatar “is not as closed as it seems.” Regarding the care they should have, he added that public displays of affection are not welcome, even if they are people who are not from the LGBTIQ + community.

Lastly, Franco addressed those who are thinking of trying their luck abroad. “If they have the chance, let them do it. I love Argentina and I always describe it as the best and worst place in the world at the same time, ”he declared with respect to his vision of the possibility of economic growth. 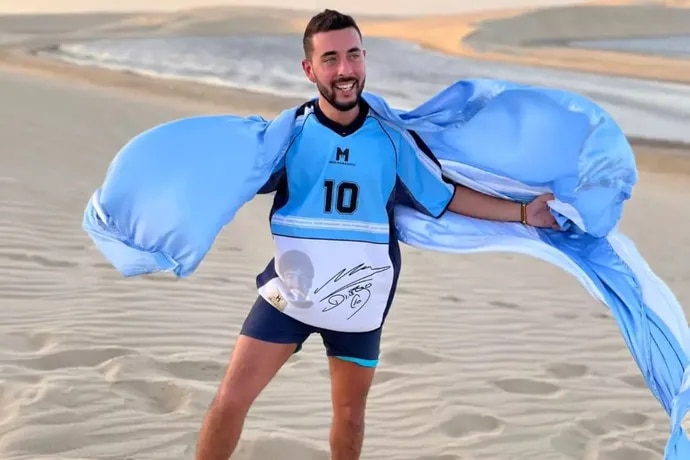 The Argentine has lived and worked in Doha, the capital of Qatar, since January. (Instagram @frankete8/)

Facing the World Cup, the young man left his job at the hotel and managed to be hired by an Argentine travel agency to coordinate a group of compatriots traveling to witness the tournament. “I am realizing my dream. I am going to do it and I am very happy with what is coming ”, he closed.

By: “La Nación”, from Argentina / GDA

Share
Facebook
Twitter
Pinterest
WhatsApp
Previous article
AMD on its new processors: “The need for energy efficiency will continue to grow”
Next article
Bullfighting: MEPs oppose its ban in committee for the first time

He Pope Francisco condemned on Wednesday in kinshasa "cruel...