“To be a Venezuelan child in a school in another country, you have to be strong”

“It is not easy. To be a Venezuelan child in a school in another country, you have to be strong, be brave, ”says a minor of just 10 years old, whom we will call Byron to protect his identity. He migrated with his parents and his two sisters by land from Venezuela to Peru. He is currently in fifth grade at a state school in the district of Comas, in Lima.

Byron was lucky to have his documents in order at the time his parents looked for a place for him in a state school near where they live; However, the same fortune did not go to her older sisters Luisalyz and Mariangel, aged 14 and 16. of age, respectively, who lost their identifications during the long journey they made from their native Venezuela.

LOOK: What is behind the unusual boom in gas stations in Cúcuta, the Colombian city on the border with Venezuela

Although Byron has achieved what few families Venezuelan they get when they arrive in Peru, such as being able to have a regular education, a fundamental right, they have not escaped the discrimination that they sometimes suffer from their peers.

“They criticize me for the clothes I wear, for the way I speak, for the color of my hands, at first I thought they were playing with me, but then it was already uncomfortable”says Byron fearfully.

On more than one occasion, Byron has felt discriminated against within his school. (Daniela Bonilla – WVP)

Byron’s parents say they are sometimes embarrassed to demand things at their son’s school because they feel “it’s not their right.” However, the Children’s rights conventiona treaty that was signed on November 20, 1989 by the 196 States recognized in the UN, guarantees that a migrant child has the same rights as nationals.

“All rights must be applied to all children, without exception, and it is the obligation of the State to take the necessary measures to protect the child from all forms of discrimination”reads in the document of the Convention.

School violence is not the only case involving the Byron family. Luisalyz and Mariangel, sisters of the 10-year-old boy, also have a separate story. Venezuelan migrant children are vulnerable to any violation of their fundamental rights. (Daniela Bonilla – WVP)

Luisalyzfor everything that her friends from the neighborhood have told her, he is afraid of school and being the center of ridicule by his classmates. He does not want to go, he resists, despite having received support proposals to regularize his status migratory. She is 14 years old and should be in her third year of high school; however, she fled with her family when she was in sixth grade, leaving half of her to study. Going back to school would mean going back to sixth grade, something that will be a reason for bullying for her.

While mariangel, who is in the middle of the process of regularizing the documents she needed to return to school, got pregnant at the age of 15becoming a teenage mother who was forced to drop out of school and look for work to provide a decent quality of life for her daughter. 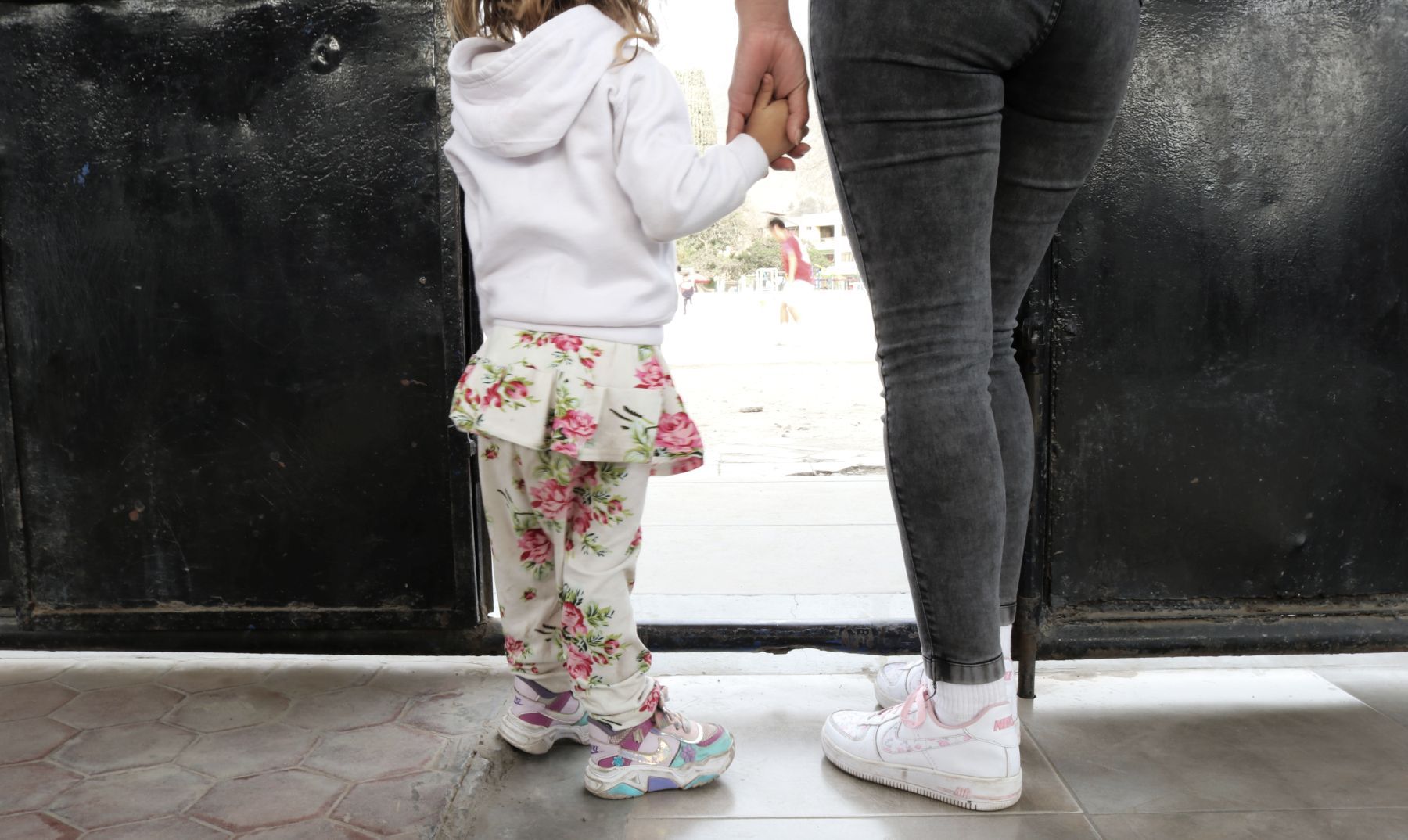 Mariangel, who in the middle of the process of regularizing the documents she needed to return to school, got pregnant at the age of 15. (Daniela Bonilla – WVP)

THE RIGHTS OF THE CHILD AND THE VENEZUELAN EXODUS

Byron, Luisalyz and Mariangel they have something in common: they have not received adequate protection and care from their parents. And the State did not facilitate the process either.

Their cases are only three of numerous similar ones that occur in Peru.

“The Conventionas the first international law on the rights of children, is mandatory for the signatory States”, reads the document that can be consulted here. 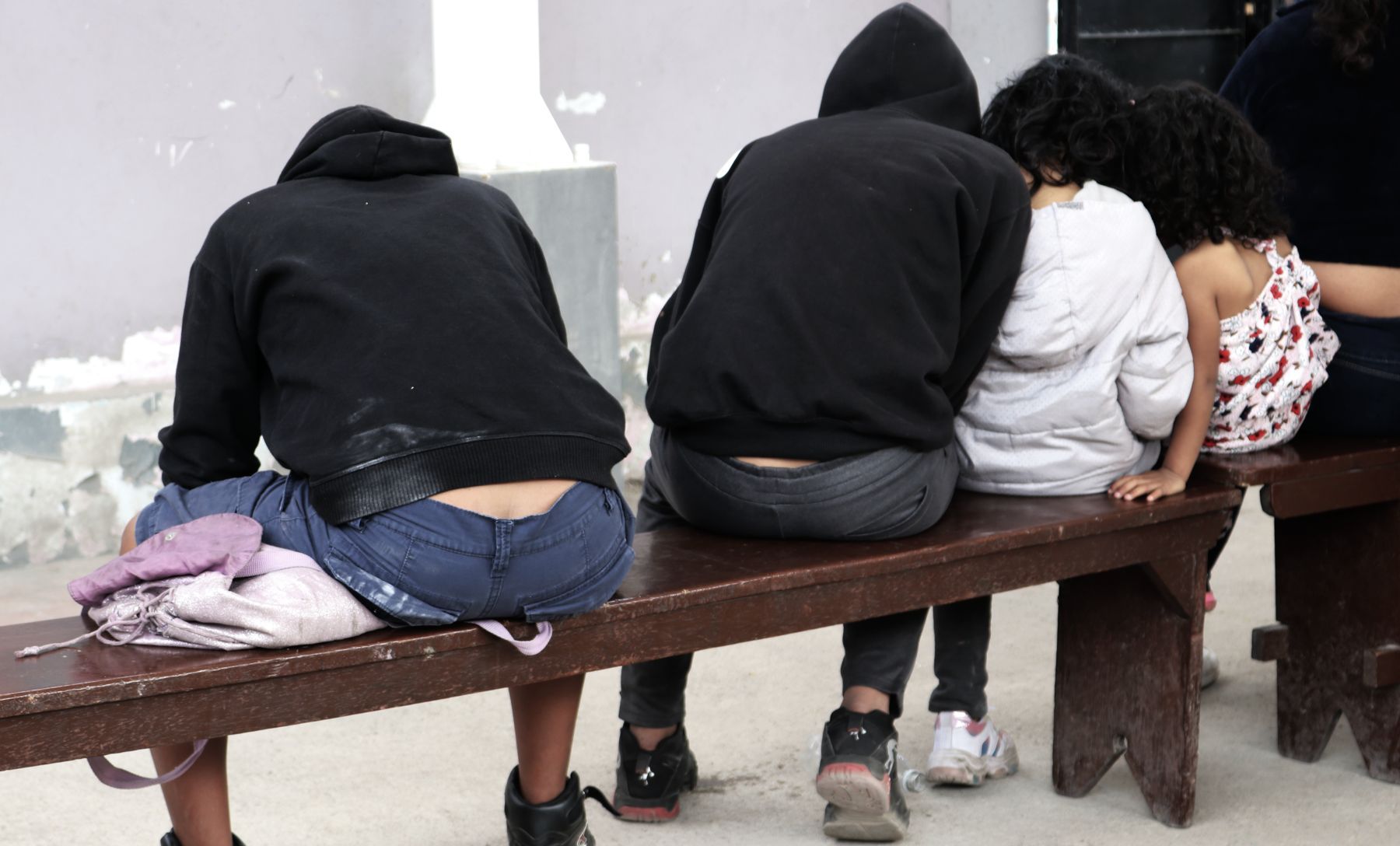 Byron, Luisalyz and Mariangel have something in common and that is that, according to the Rights of the Child, both have not been lucky enough to have “adequate protection and care. (Daniela Bonilla – WVP)

For José Miguel Arévalo Delgado, specialist in incidence in Public Policies of World Vision Peruan international organization with more than 40 years in Peru and that works directly for the well-being of children and adolescents so that they can be leaders and agents of change, the Children’s rights convention It is important because it “recognizes the right to full development of children and adolescents in all its dimensions, and their right to freely express their opinions.”

“The Children’s rights convention It is an instrument to protect children and adolescents from the persistent challenges that are the gaps in health, nutrition, education, protection against sexual violence, among others, and from new threats, including the aftermath of the pandemic, violence in networks , climate change, etc.”add Jose Miguel Arevalo Delgado.

EDUCATION AND CHANGE STARTS FROM HOME

For his part, Daniel Yépez, Education Coordinator of World Vision Peruindicates that violence within the classroom is not a new problem, nor is xenophobia, since these occurred even in more internal environments, such as when a student from a region of Peru had to study in a new city.

“Violence in schools has always occurred. There are various forms of violence, one of which is bullying, which is explained as a power relationship. That is, children who have a greater physical, economic, and intellectual advantage over others; they feel empowered to humiliate others. This is definitely aggravated when the minors who suffer violence in their schools are migrants”, explains the coordinator of Education to El Comercio.

From there, violence against migrant children within schools creates a phenomenon known as the intersectional perspectivewhich is explained as follows, according to Daniel Yepez.

“Bullying worsens when there is a crossover of vulnerability factors, something called an intersectional perspective, that is, when we place the risk conditions on a single subject; For example, when you are a child, you are poor, you are Venezuelan migrant and you are physically different. All of this combines so that these problems occur at school”refers to the coordinator of World Vision Peru. 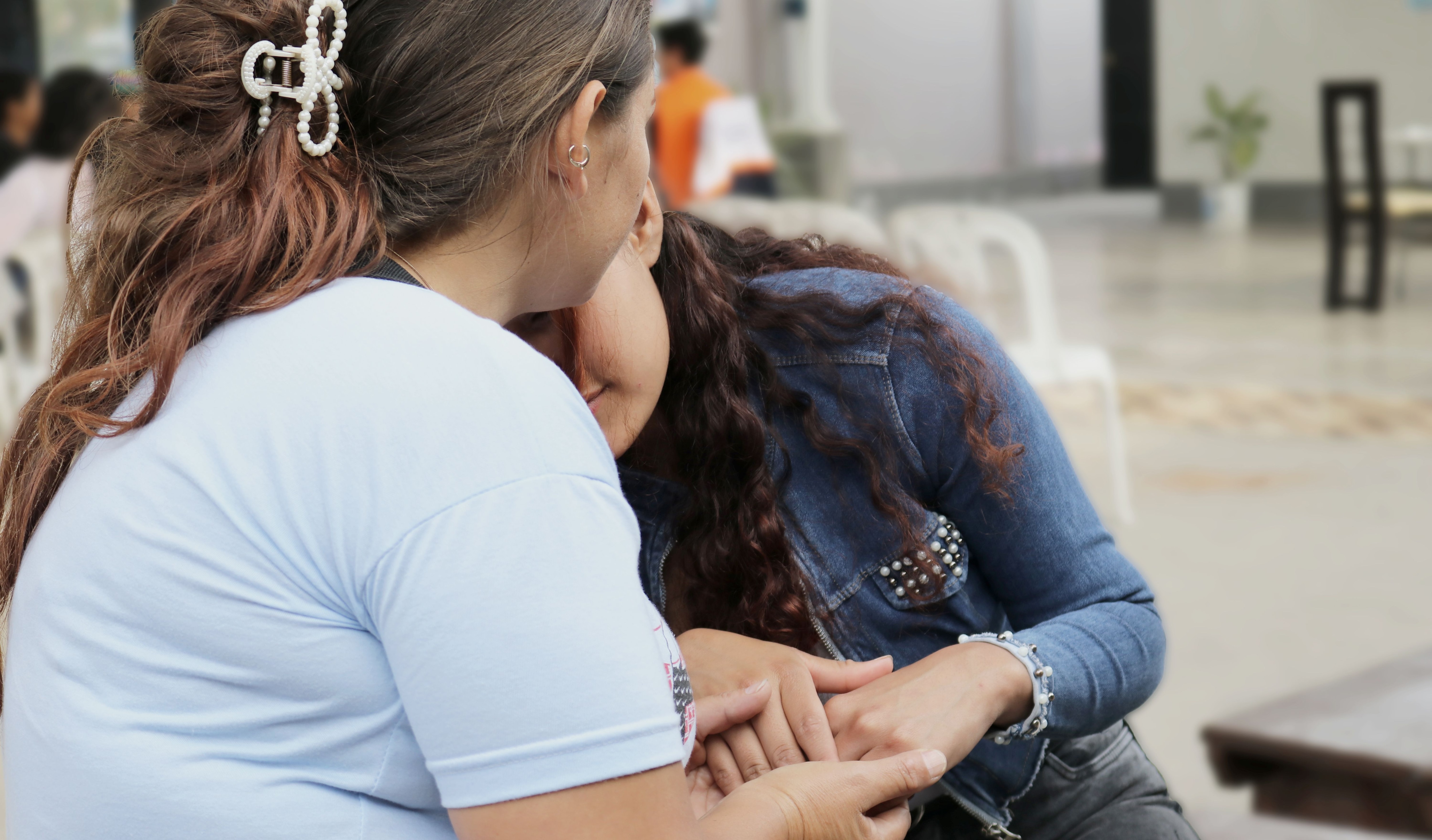 But as every problem has a solution, the specialist consulted by El Comercio believes that In order to overcome the difficulty of xenophobia and bullying, it is important to work from the family and the school.

“In the family you have to work on respect, the dignity of people, and this is done not only with words, but through coexistence, avoiding using words that can encourage discrimination against migrants, so that the children who listen to them do not end up repeating them in schools. On the other hand, from the school, an inclusive and culturally healthy coexistence should be promoted, both teachers and students, always through dialogue. It is not a matter of expelling whoever is violent, but it is caring for whoever does it and teaching them how to live together”says Yepez.

Daniel Yepez emphasizes that “many times children react in a discriminatory way to migrants because a series of beliefs are created in the family influenced by what is said on social networks”, which is why he urges to always be careful with what can be said inside the home. In addition to this, it indicates the importance of organizations such as World Vision Peru to overcome the problems that surround childhood in general, be it migrant or not.

“Since World Vision Peru We have been working to overcome the problems faced by children. We have an educational inclusion program that not only provides access to the population migrant to schools, but also focuses on ensuring that this group of children Venezuelans receive an education with quality and warmth, we also have another project that helps minors to overcome the different traumas that migration implies”He says Daniel Yepezwho adds that it is important that all types of aid must have awareness actions and generate awareness that migrants are not the enemyas it is said in the Children’s rights convention.

Share
Facebook
Twitter
Pinterest
WhatsApp
Previous article
“Estrada has to cut his nails”: Alfaro on the disallowed goal against Ecuador | VIDEO
Next article
French Cup: the end of the adventure of Petit Pouset Marcoussis

The European Union is ready to take a tougher...